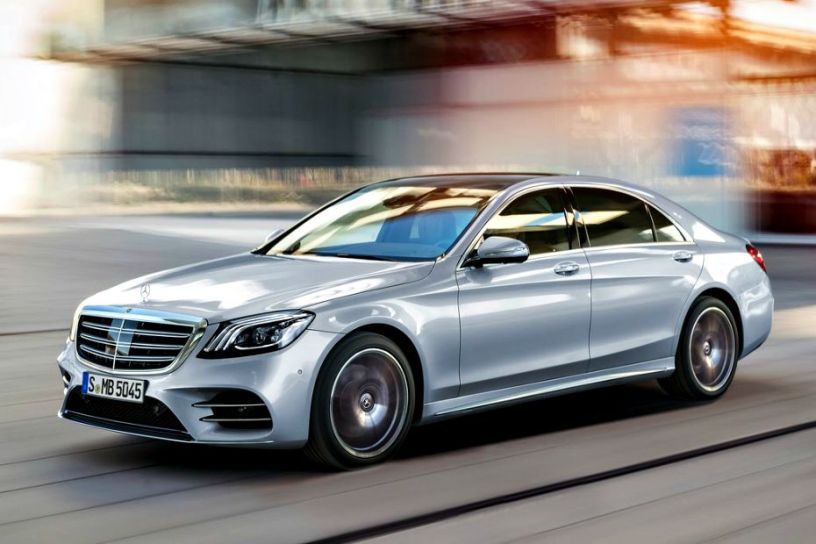 German carmaker Mercedes-Benz has launched the updated S-Class in India at a base price of Rs 1.33 crore (ex-showroom India). It is the second launch for Mercedes-Benz in 2018, the first one being the Mercedes-Maybach S 650 at the Auto Expo 2018.

The updated S-Class features revisions to its exteriors, mainly the headlamps, tail lamps and bumpers. On the inside, the infotainment system gets an upgrade and now there are two 12.3-inch HD screens with a central command unit. There are new wood options for the interior trim and more leather options for upholstery. The seats now also have a ‘fragrance’ function to please your sense of smell. It also gets a 13 speaker, 590W Burmester surround sound system along with a 64 colour ambient lighting system.

But the biggest change lies under the bonnet of the diesel S-Class. A new 3.0-litre, in-line 6-cylinder, BSVI-compliant diesel engine replaces the 3.0-litre, V6 unit seen in its predecessor. The new engine makes 286PS of maximum power & 600Nm of peak torque. That makes the S-Class diesel 31PS more powerful than before.

However, the reason for having this engine on the S-Class facelift is not the increase in power. The diesel engine is now cleaner than before as it emits less harmful gases compared to the previous diesel engine; the added horses is just a bonus. It also showcases a breakthrough technology from Mercedes-Benz since it’s a first-of-its-kind BSVI diesel engine that can run on BSIV fuel as well. The new diesel engine is equipped with AdBlue injection, in which a Diesel Exhaust Fluid is injected in SCR (Selective Catalytic Reduction) converter to reduce harmful NOx emissions.

BSIV fuel has more sulphur content when compared to BSVI fuel. Carmakers have expressed concern in the past that this low grade fuel may hamper a BSVI-compliant engine’s performance. But Mercedes-Benz is confident that this new diesel engine will run perfectly with BSIV grade fuel.

The S-Class is also available with a 3.0-litre V6 petrol engine that makes 367PS of maximum power & 500Nm of peak torque.

The updated S-Class competes with the likes of the BMW 7-Series, Audi A8 and the Jaguar XJ in India.