Maruti's First Electric Car Will Not Be An Alto 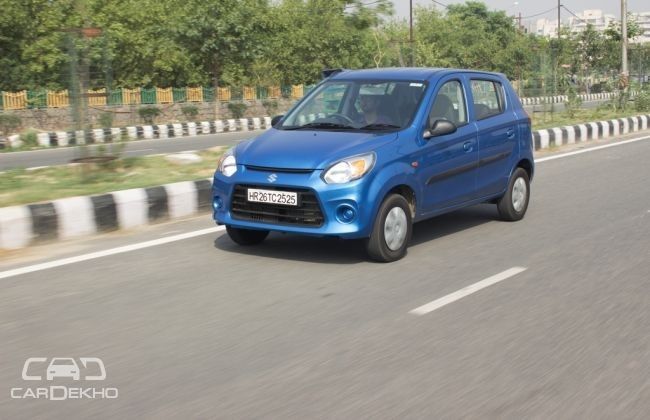 Maruti Suzuki India Limited (MSIL), the country’s largest passenger carmaker, has ruled out any plans of introducing an electric Alto (800 or K10) anytime soon. "There are no plans as of now to introduce electric mobility on Alto," RS Kalsi, senior executive director, MSIL, said. However, a BSVI-compliant Alto is scheduled to be launched in India before the deadline of April 2020.

Since the Alto is an entry-level car, porting electric technology onto it will make it pricier as the input cost is still on the higher side in India, he stated. For instance, the lithium-ion batteries aren’t manufactured locally and are thus imported, incurring additional costs.

However, Maruti Suzuki has already laid the foundation for India’s first lithium-ion battery plant in collaboration with the tech giants Toshiba and Denso. Based near Hansalpur, Gujarat, the facility will be operational by the end of 2020. Parallely, the Japanese carmaker is also working on a completely new, made-for-India electric car, along with training its dealers on setting up new charging networks.

Presently, the Alto is offered with two petrol engines (0.8-litre and 1.0-litre) and a CNG option. While the smaller motor produces 48PS/69Nm the bigger one pumps out 68PS/90Nm. Both the engines are mated to a 5-speed manual transmission; however, the K10 also gets an automated manual transmission (AMT).

The carmaker has already sold over 35 lakh Alto cars in India and the model will soon be upgraded to meet the upcoming BSVI emission norms. We expect prices of the Alto to go up by around Rs 20,000 as it becomes BSVI-compatible, and gets ABS and airbags as standard. Presently, the Alto 800 range starts from Rs 2.51 lakh but the base variant is devoid of features like airbags and ABS. The Alto K10 range starts from Rs 3.33 lakh and goes up to Rs 4.18 lakh (all prices ex-showroom Delhi).

Maruti Suzuki displayed a new concept at the Auto Expo 2018 called the Future-S. The carmaker says that it forms the basis of a new design language that we can expect from future compact Maruti cars. Will Maruti Suzuki take this opportunity to dramatically change the Alto twins inside out while shifting to BSVI norms or will these cars retain their original conservative styling? Only time will tell.