No one ever asked us for such a comparison review. So why did we do it? 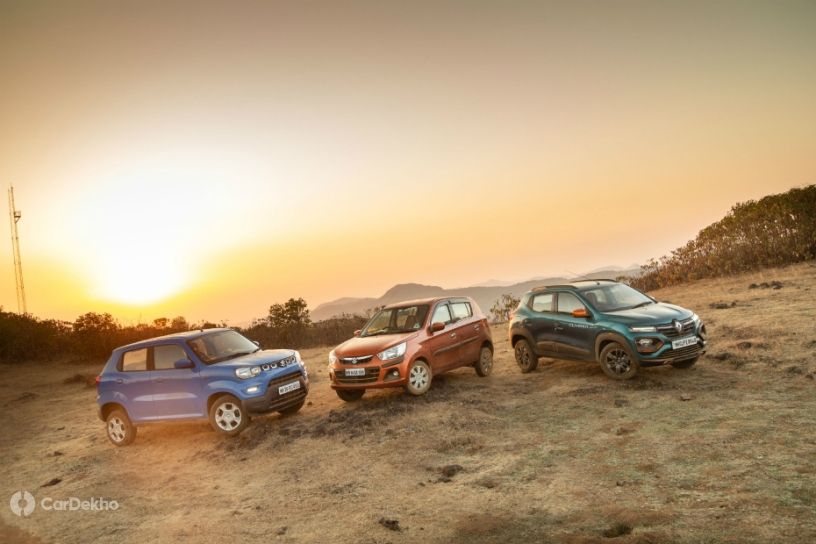 This is not what you’d expect when we’re talking about an off-road comparison review. ‘Off-road’ and ‘SUV’ are two terms that go hand in hand but in reality, most SUVs rarely leave the road. In the remote, hilly areas of India, it’s little hatchbacks like the Maruti Suzuki Alto that are being used to travel through unforgiving terrain.

Oddly enough, such cars have a lot of credentials to make them great off-roaders. They’re lightweight, have a short wheelbase and are easy to fix, should things go wrong. In these challenging regions, the Alto has seen it all - adulterated fuel, overloading, bad roads, slush, inclines and everything in between. Ultimately, it has been facing challenges it was never built for.

Now, though, we have alternatives like the Maruti Suzuki S-Presso and Renault Kwid. At their core, they follow the formula of the Alto but offer more ground clearance and bring a little more sophistication to the game. But does that give them what it takes to beat the original champion of the cause?

The challenge comprises four tests, each offering its own number of points to gain. Namely:

A test where the driver cannot use the brakes at all. The car moves downhill in first gear and can only rely on engine braking to control its descent. The car that crosses the finish line with the lowest recorded speed wins the most points.

The cars approach a marker at 40kmph while driving on gravel, at which point, the brakes are slammed. Whichever car stops in the shortest distance gets the most points.

We play a game of connecting the dots. A test driver takes the cars up to 40kmph, at which point the co-driver begins the game. The car which gets the cleanest completed drawing scores the most points.

All the cars face a timed run up a sharp gradient, littered with rocks, stones, gravel and fine sand. The car that reaches the finish line the quickest gets the most points. Oh, and by the way, the cars have to manage this challenge fully loaded!

Watch the video to find out which one of these cars makes for the best budget off-roader!