The first batch of 3,000 units will be exported to Mexico. 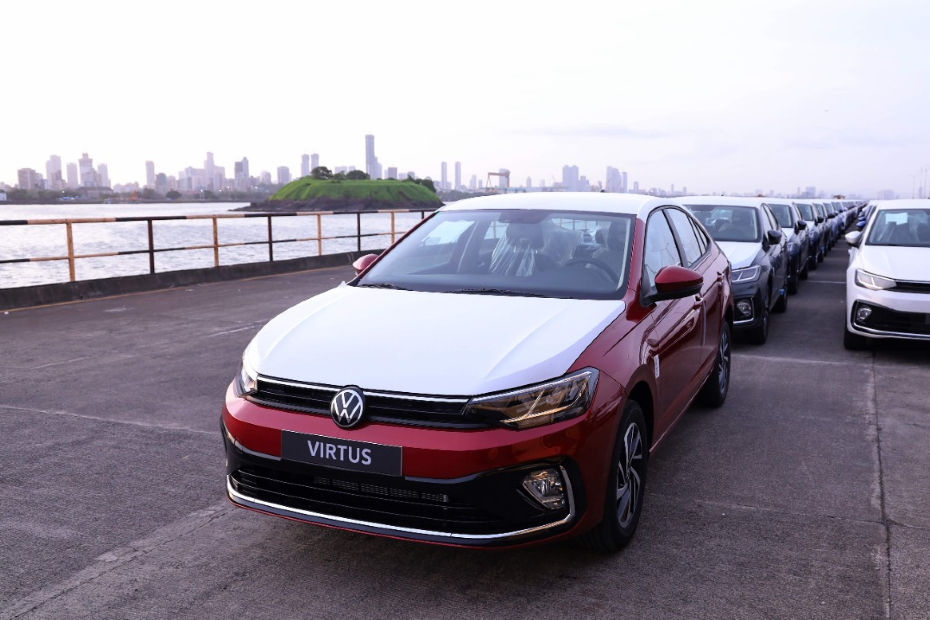 Skoda Auto Volkswagen India has included the made-in-India Volkswagen Virtus in its export line-up. With this, the Virtus becomes the second VW car built on the MQB-A0-IN platform after the Taigun to be exported from India. The sedan’s first destination from India will be Mexico with a shipment of 3,000 units from the port of Mumbai.

The group started exporting vehicles from India in 2011 beginning with the Volkswagen Vento and has since continued to expand the exportation of its made-in-India products. It currently sends cars to 44 countries in the regions of South America, Central America, Africa, Indian Subcontinent, Southeast Asia, Gulf Cooperation Council (GCC) countries and the Caribbean.

Till June 2022, over 5.5 lakh cars have been exported by the group from India, with Mexico drawing the most number of cars, followed by South Africa, Columbia, Ecuador and Argentina.

Find out more about it from the press release attached below:

Pune, 12 September, 2022: ŠKODA AUTO Volkswagen India Private Limited (SAVWIPL), which manages the India region for the five Volkswagen Group brands – ŠKODA, Volkswagen, Audi, Porsche, and Lamborghini, has today expanded its exports from India to include the India-built Volkswagen Virtus. With this move, the Group marks another significant milestone in its INDIA 2.0 journey as the Volkswagen Virtus joins the Volkswagen Taigun, which was the first in a range of vehicles built on the MQB-A0-IN platform, to be exported from India. The first shipment of 3000 Volkswagen Virtus cars is being sent to Mexico from the port of Mumbai.

Commenting on the occasion, Mr Piyush Arora, Managing Director of ŠKODA AUTO Volkswagen India said, “We are marching aggressively on our path to growth, and the ramp-up of our exports is another significant stride in this direction. With this move, we are closer to realising our aim of making India an export hub for the VW Group globally, which is a significant pillar of our India strategy. The growth in our export numbers testifies to the success of the INDIA 2.0 programme. It also showcases India’s engineering expertise on a global stage. As a true Volkswagen, the Virtus embodies the same quality standards we adhere to globally, and we are delighted it will be driven in other countries soon. With this announcement, we have further strengthened our commitment to offering next-generation vehicles to and from India.”

SAVWIPL launched its export programme in 2011 with 6,256 units of the India-built Volkswagen Vento for the South African market. Since then, the company’s export market has continued to grow incrementally, broadening the Group’s ‘Made in India’ presence to 44 countries across South America, Central America, Africa, the Indian Subcontinent, Southeast Asia, the GCC countries, and the Caribbean region. By June 2022, the Group had exported over 550,000 cars, with Mexico being the largest export market for SAVWIPL followed by South Africa and Central American countries (Columbia, Ecuador, Argentina), and ASEAN countries.

The export programme enables SAVWIPL to sustainably manage production volumes, with a balanced production share between domestic and export markets.