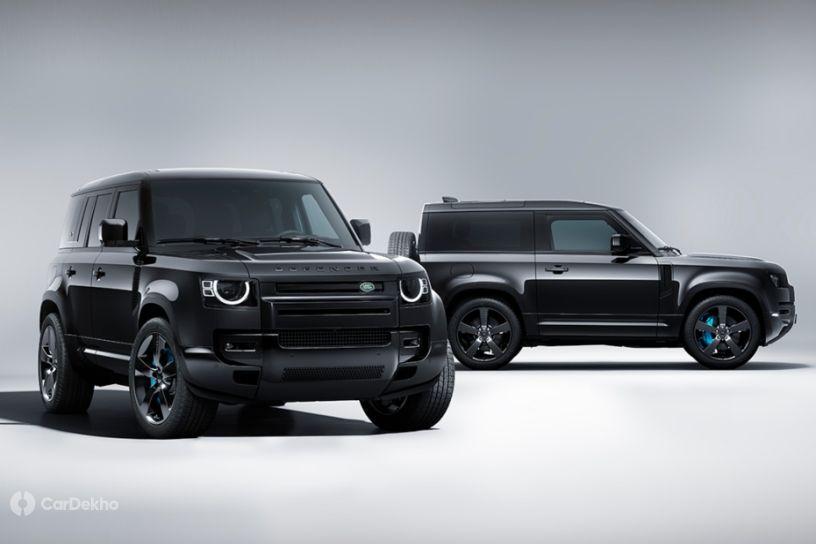 Land Rover has revealed a new Defender James Bond Edition. The SUV has a cameo in the upcoming and the 25th Bond flick, ‘No Time To Die’, which will globally premiere on September 30. The special edition SUV, limited to just 300 units worldwide, is available in three-door (90) and five-door (110) versions.

The Bond Edition is based on the Defender V8, and it will get glossy black paint, 22-inch alloy wheels of the same colour, signature Xenon Blue front brake callipers, and a ‘Defender 007’ rear badge.

Inside the cabin, the special-edition SUV gets ‘Defender 007’ as an inscription on the illuminated sill plates and as an animation when the touchscreen infotainment system boots. The puddle lamps get a ‘007’ projection as well. There’s also the ‘SV Bespoke’ logo with ‘One of 300’ written below it.

The SUV comes packed with off-roading-focused technology like a twin-speed transfer gearbox for driving up/down steep surfaces, an active electronic differential for managing traction on various surfaces, a Terrain Response System that optimises traction, power delivery, and chassis systems (depending on the terrain ahead) and offers multiple modes like grass, gravel, snow, sand, rock crawl, and mud and ruts.

The Land Rover Defender in India is priced from Rs 76.57 lakh to Rs 1.12 crore (ex-showroom India). However, since we don’t have the V8 Defender, the Bond Edition is unlikely to be launched here.