Introductory Prices For Mahindra Scorpio N Come To An End, Gets Pricier By Up To Rs 75,000

The recently introduced ‘E’ trims, which offer extra safety features for a premium, are included in the price increment 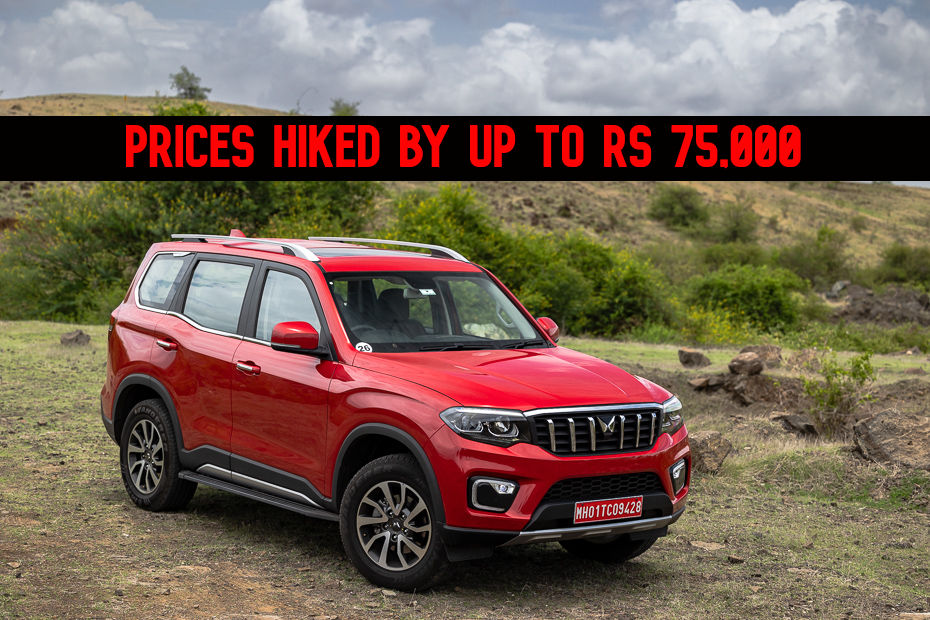 Mahindra launched the new generation Scorpio, known as the Scorpio N, in mid-2022. Until recently, the SUV was being offered at introductory prices, but now, the car’s cost has been hiked.

While the carmaker hasn’t cited any reason for the price increment, we believe it happened due to various factors such as the end of the promotional pricing and rising input costs.

Here’s a look at the new variant-wise prices of the Scorpio N:

Note: The older prices used in the table below are from the time of the SUV’s launch back in July 2022. All prices stated here are ex-showroom Delhi.

The ‘E’ variants, in both the petrol and diesel lineup, get electronic stability programme (ESP), hill hold assist, and hill descent control as an option, for a premium of Rs 50,000 over the trim they are based on.

With the price hike, Mahindra now retails the off-road-capable SUV in the Rs 12.74 lakh to Rs 24.05 lakh price range. The Scorpio N goes up against the likes of the Tata Harrier/Safari, Hyundai Creta/Alcazar and even the Mahindra XUV700.

Did the Z2 variant sell for the old price? I heard that company is prioritizing the top-end variants only.

Latest Cars
Upcoming Cars
Popular Cars
HomeNew CarsNewsIntroductory Prices For Mahindra Scorpio N Come To An End, Gets Pricier By Up To Rs 75,000