Honda Cars India is riding high with the success of the recently launched City that is raking in good numbers for the auto maker. However its biggest earner the Amaze seems to have reached yet another milestone as it achieved the sale of 88,000 units in just a span of one year since its launch in April last year. 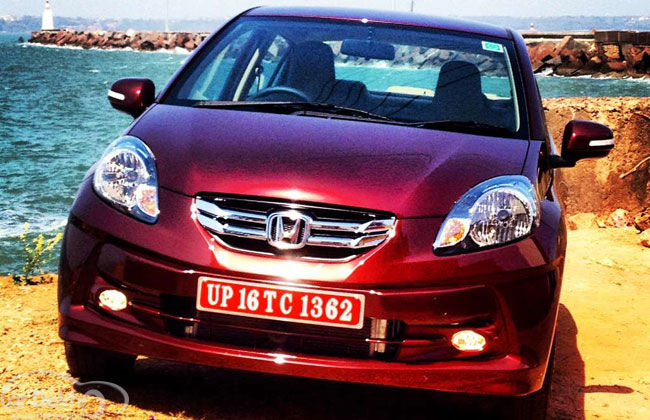 “Living up its positioning in the market, Honda Amaze has certainly changed many lives with one car. Honda Amaze has been a game changer in its segment and has enabled HCIL to reach out to so many new customers, bringing them into the Honda fold. It is Honda’s constant endeavor to provide freshness to our products and create excitement in the market”, said Jnaneswar Sen, Senior Vice President, Marketing & Sales, Honda Cars India Ltd.

The Amaze which has been instrumental in changing the fortunes for Honda in the Indian market especially since the introduction of its 1.5 litre i-DTEC engine has meant consolidation of its position within the segment. This does not dismiss the fact that despite entering the segment at a later stage than rest of the competition, Honda has managed to keep the fight alive and take the market by storm with the product such as the Amaze. The diesel variant in particular has been in demand due to its light weight construction that reduces its overall weight thereby contributing to excellent fuel economy (25.8 as claimed by Honda) and performance.

Going by its performance figures, the 1.5 litre i-DTEC engine pumps out 98.6 bhp with 200 Nm of torque meanwhile the petrol which is a 1.2 litre unit produces 86.8 bhp along with 109 Nm of torque. This just isn't the end of the story as the biggest contributing factor to increased sales has been its pricing which starts from Rs 4.99 - 7.49 lakhs (ex-showroom Delhi). This has been possible due to its sub 4 metre length which attracts a 12 percent excise duty benefit thereby attracting perspective consumers even more towards it.

Besides performance and price, the Amaze offers an up to date exterior design that bears a chrome highlighted front grille, alloy wheels (available on the top end variant), front & rear spoiler with side skirts, side view mirrors with indicator insert to mention among others. Interiors are comfortable with an entertainment system on board that feature a USB and an  AuX-in port.

On achieving this milestone, Honda have also announced that it had risen from seventh to fourth position from the month of May as largest auto company in the country as the company prepares itself to launch the much awaited 7 seater MPV - Mobilio in India. We would in fact be driving it sometime some for which do stay tuned to our expert review section. Speaking about their expansion plans, the company claimed that it would expand their dealer network by 35 percent targeting mainly the tier 2 & tier 3 cities. Currently the company has 172 facilities across 109 cities while it’s intend it to increase to 230 facilities across 150 cities.