Here’s What Each Variant Of The Facelifted Hyundai Aura Offers

The subcompact sedan gets subtle cosmetic enhancements inside and out with new features, particularly related to safety 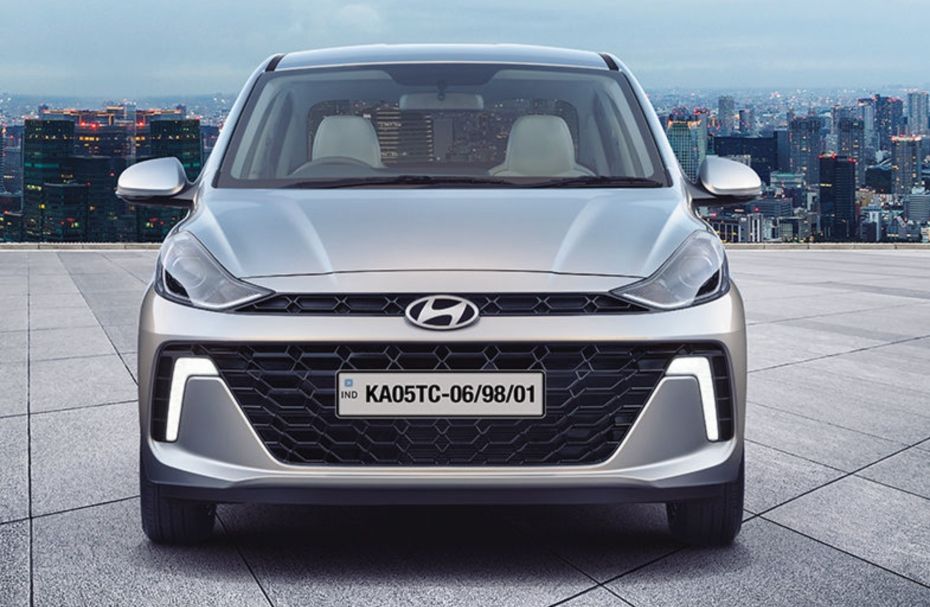 Hyundai has revealed the prices of the facelifted Aura, shortly after it launched the updated Grand i10 Nios. Its bookings are open for Rs 11,000. The sedan sports a fresh look from the front while its interior also receives subtle upgrades.

It still comes with an 83PS 1.2-litre petrol engine, now compliant with BS6 Phase 2 emission norms and E20 fuel. It is paired with five-speed manual and AMT transmissions. You can also opt for its 69PS petrol-CNG combination, which gets a five-speed manual as standard. It retails from Rs 6.30 lakh to Rs 8.87 lakh (ex-showroom).

The Aura is available in E, S, SX, and SX(O) variants and here’s the variant-wise price breakup:

Now, let’s take a look at what each of these variants offer:

Aura’s E variant is very basic with LED tail lamps, manual AC, front power windows, and fabric seats. The only convenient features include front power outlet and cooled glove box. Four airbags are now standard, a first in the subcompact sedan segment. It still missed out on the chance to offer ISOFIX child seat anchors as standard, which some of its rivals do.

(over the Aura E)

This variant is also the entry point for the sedan’s CNG powertrain option.

The Aura SX is easy to identify as a well-equipped variant since it gets alloy wheels and several chrome elements inside and out for a more premium touch. It further gets features like smart key with push button start stop, cruise control, and an 8-inch touchscreen infotainment system which add more to the convenience factor.

This is the only variant with the choice of AMT and additional features too like wireless phone charging, projector headlamps and auto AC. Important safety additions include ESC, hill start assist, and rear parking camera.

The top-spec SX (O) variant doesn’t look much different from the SX, at least from the outside. Even the interior is the same save for leather-wrapped steering wheel and gear knob. The upgrades over the SX variant include auto headlamps, six airbags, and ISOFIX anchorages.

Yes it does add six airbags, but here’s our article explaining why it just makes a small impact on the car’s safety. It would have been more significant for Hyundai to also offer ISOFIX as standard, instead of only on the top variant.

The Aura rivals the likes of Honda Amaze, Tata Tigor and Maruti Suzuki Dzire, which are similarly priced.