Ford Ceases Local Production In India, To Only Import CBUs 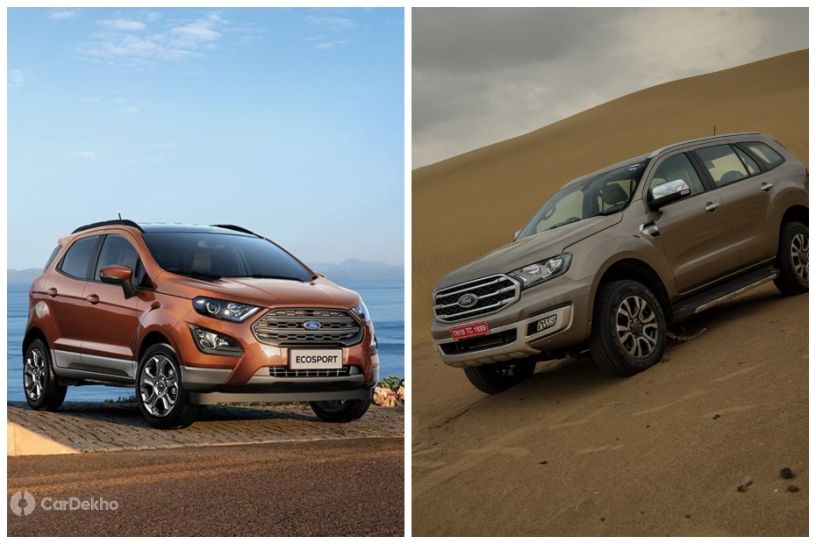 Despite its best efforts to stay in the Indian automotive space, Ford has decided to pack it in. The carmaker has announced that it will stop production of its locally sold models and instead focus only on business operations, exports, and importing high-end and electric vehicles.

This news means the end of the line for the Figo, Aspire, Freestyle, EcoSport and Endeavour in India. Sales of these products will cease once dealer inventories run out and production will stop once pending orders are fulfilled. Nevertheless, Ford has assured customers that it will continue to offer support via service, aftermarket parts, and warranty coverage. The carmaker will aim to retain its service network to cater to the needs of over a million Ford customers in India. Ford will also be bringing more of its global products to India such as the Mustang sports coupe, the Mustang Mach-e electric SUV, and possibly the Ranger pickup.

Ford will be winding down production at its vehicle assembly plant in Sanand by the end of 2021 and at the manufacturing facility in Chennai by mid 2022. These units will then be relegated  to provide support for its global exports till then. The carmaker will also maintain parts depots in Delhi, Chennai, Mumbai, Sanand, and Kolkata, while working with its dealer networks to restructure their transition from sales and service outlets to parts and support.

This decision comes after years of struggle in the highly competitive Indian automotive space and accumulated operating losses of more than USD 2 billion over the past ten years. Ford had considered various options to sustain itself in India such as partnerships, contract manufacturing and platform sharing with other OEMs but still could not find a sustainable path toward long-term profitability.

Ford, as a business, will continue to operate out of India which houses its second-largest salaried workforce in the world. It will also focus on growing its business solutions capabilities here within the field of engineering, software development, finance, and support for export and service.

The American carmaker has also stated that it will work closely with unions, suppliers, dealers, and the government to develop a balanced plan to mitigate the effects of the decision. It estimates around 4,000 employees at its Sanand and Chennai facilities to be affected by the restructuring along with other stakeholders.

“I want to be clear that Ford will continue taking care of our valued customers in India, working closely with Ford India’s dealers, all of whom have supported the company for a long time. India remains strategically important for us and, thanks to our growing Ford Business Solutions team, will continue to be a large and important employee base for Ford globally” said Jim Farley, President and CEO, Ford Motor Company.