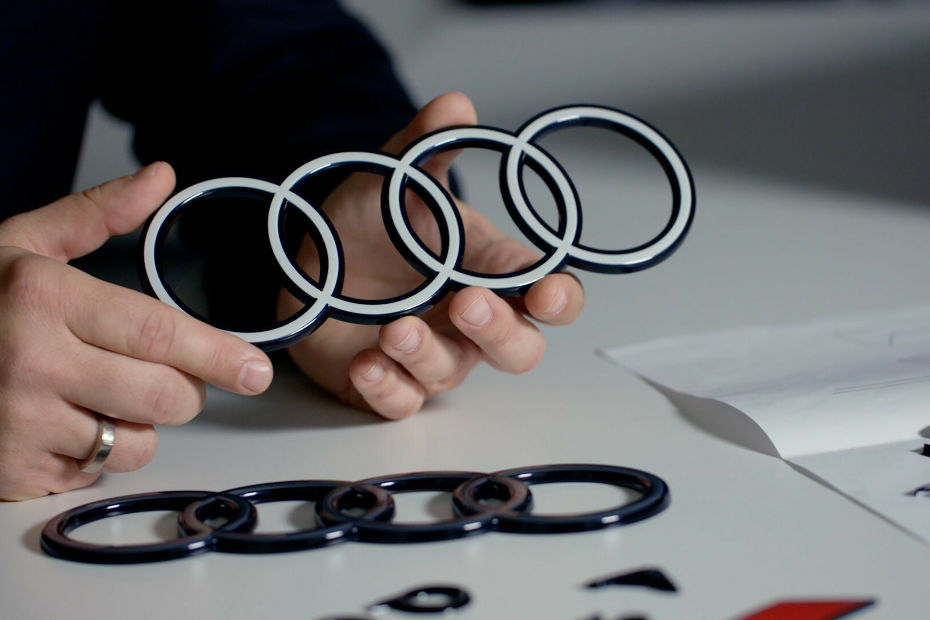 Since 1932, the four rings conjoined together have signified the union of four car manufacturers into Audi Union AG. It has undergone various mild updates over the years while retaining its core design. As Audi approaches its electrified future, it has refreshed the four-ringed interlocking emblem, which debuted with the new Audi Q8 e-tron electric SUV.

Also Read: The Audi e-tron Electric SUV Gets A Facelift And A More Fitting Name

Though it is still a three-dimensional emblem, the insignia now has a two-dimensional appearance with a sleeker high contrast finish. The logo is given a fresh dual-tone look, with white rings fashioned into a black glass body enclosing it, making it appear more contemporary.

The new logo, according to the company, is the culmination of digitization and encapsulates a modern vision of how Audi is advancing and moving towards the future design. Audi believes that the new logo is futuristic rather than fashionable.The new badge will be harmonized on exteriors, as well inside, including instrumentation and touchscreen screens. Other Audi cars will start receiving this new highly graphiced crest soon.

In India, the manufacturer will launch its mid-life makeover of the e-tron SUV, dubbed the Q8 e-tron,  in 2023. It will likely also mark the debut of the new Audi identity in the country.

Audi is only the latest automotive brand to update its logo for the digital future following the likes of Volkswagen, Skoda, Renault and others.