5 Bollywood Stars And The Cars They've Bought This Year

Pandemic or not, there's no stopping movie stars from adding fancy, expensive cars to their garage! 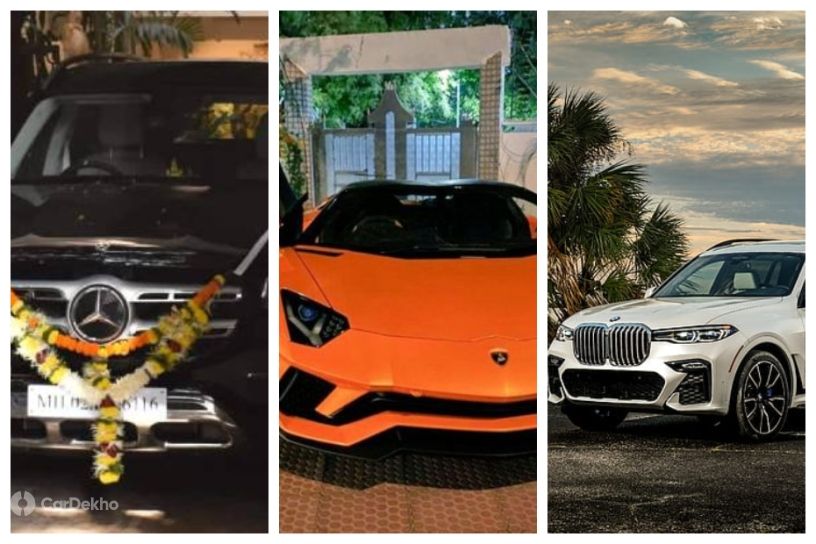 In some ways, watching celebrities add flashy new cars to their collection in the midst of a pandemic feels reassuring. Perhaps, it gives an impression that things are getting back to normal. The first half of 2021 was exactly that. Social media was abuzz with photos of Bollywood personalities posing next to their newly acquired prized possessions. We couldn't stop gushing at them - the cars, we mean.

Want to know what car your favourite movie star – from Prabhas to Sara Ali Khan – have added to their garage this year? Read on.

The young Bollywood heartthrob has grabbed headlines lately for his fallout with Karan Johar but he has also grabbed the keys to Lamborghini’s SUV, the Urus Pearl Capsule for a staggering Rs 3.43 crore (ex-showroom). Dubbed as the successor to the Lamborghini LM002 SUV from the 80s, the Urus draws power from a 4.0-litre displacement twin-turbo V8 petrol engine (650PS / 850Nm), mated to an 8-speed automatic. It can go from 0-100kmph in 3.6 seconds. It comes with three dual-tone colour options, 23-inch gloss black rims, a Sensonum 730W 17-speaker sound system and a whole lot of customisation options. Last year, too, Kartik had gifted his mom a Mini Cooper Convertible car on her birthday.

Baahubali star Prabhas has bought a Lamborghini Aventador S Roadster for himself. The high-octane supercar is packed with a naturally aspirated 6.5L V12 engine pumping out an earth-shattering 740PS/690Nm and can hit a top speed of 350kmph. It can complete the 0-100kmph run in just 3 seconds and takes 9 seconds to go from 0 to 200kmph! Priced at a whopping Rs 5.79 crore (ex-showroom), Prabhas was visibly delighted to add the exuberant Aventador S Roadster to his acquisitions. The sports car comes with four driving modes, Lamborghini Dynamic Steering (LDS), electrically operated rear window and quick removing or installing roof panel.

Bollywood superstar Anil Kapoor gifted a Mercedes-Benz GLS SUV to his wife Sunita Kapoor on her birthday. The AK vs AK actor bought the flagship Mercedes-Benz SUV for over Rs 1 crore. Owned by many other celebs in Bollywood, the Merc GLS is offered in petrol and diesel guises in India.  While the 3.0-litre petrol engine produces 367PS/500Nm, the similar diesel motor returns 330PS/700Nm. Both the powertrains are mated with a 9-speed AT and are offered with an all-wheel-drive option. The GLS is loaded with features such as five-zone climate control, 64-colour ambient lighting, front and rear wireless charging, Burmester surround sound system and a panoramic sunroof.

Seems Kabir Singh star Shahid Kapoor is smitten by luxury sedans and SUVs as he owns many affluent ones. The list includes Mercedes-AMG S400, Range Rover Vogue, Jaguar XKR-S and the latest being the BMW X7’s M50d variant. Before buying it for more than Rs 1.60 crore, the actor took a proper test drive of the BMW SUV. Satisfied with its driving dynamics and features, he gave it a thumbs up. The 7-seater BMW X7 M50d is powered by a 2998cc quad turbocharged diesel engine which musters phenomenal power of 400PS and 760Nm and comes with an all-wheel drivetrain. It is mated to an 8-speed automatic transmission. It gets a plethora of features such as an adaptive air suspension on both axles, a 12.3-inch touchscreen infotainment system, two 10.2-inch full HD screens in the second row, a three-part panoramic sunroof, a 16-speaker Harman Kardon music system, Parking Assist with Surround View Camera and many more. Besides Shahid, Bollywood Singham aka Ajay Devgn also added the same luxury BMW SUV to his garage in 2020.

The young actress of Love Aaj Kal and Coolie No.1, Sara Ali Khan chose versatility and luxury in one when she zeroed upon the lavish Mercedes-Benz G Wagon G350d. The brute German 5-seater SUV with an unmatched road presence offers awesome off-road capability. The brawny Merc SUV comes with a price tag of Rs 1.62 crore (ex-showroom). The 2,925cc six-cylinder diesel engine puts out 286PS/600Nm and is paired to a 9-speed automatic transmission. The SUV is known for its iconic boxy styling and is equipped with numerous class-leading features such as Burmester surround sound system, dual 12.3-inch displays, three-zone climate control, nine airbags, and powered and ventilated front seats.

8 out of 8 found this helpful