The Renault Kwid 1.0-litre is 28 per cent cheaper to maintain than the Maruti Suzuki Alto K10 over a five-year period. Check out our comparative analysis to find out how 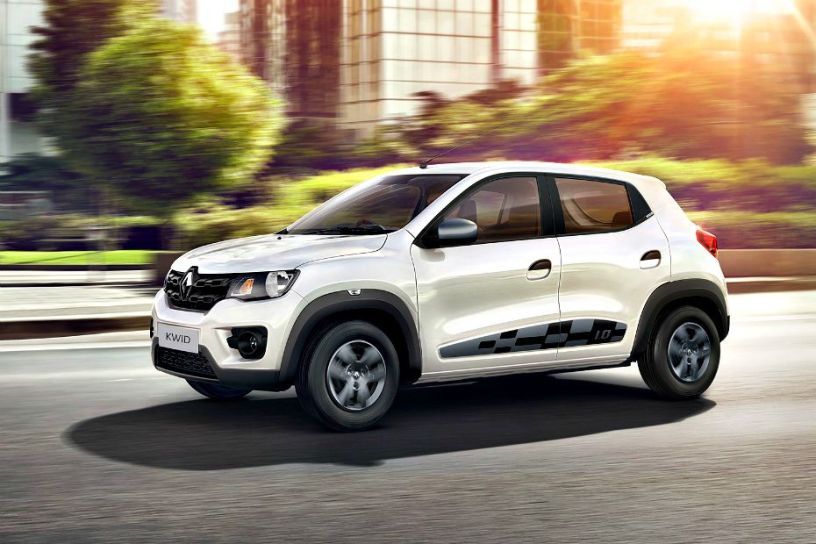 Ownership cost is one of the most important points a buyer keeps in mind before making a purchase in the small car segment. With the Kwid’s SUV-inspired, butch styling and low maintenance cost, Renault seems to have ticked all the right boxes with the Kwid. But is it cheaper to maintain when compared to a Maruti Suzuki Alto K10. Let’s compare the maintenance cost of both hatchbacks over the duration of 10 years.

Both the Renault Kwid 1.0-litre and the K10 are scheduled for 10,000km or annually for their periodic maintenance.

In the basic manufacturer-set maintenance schedule, the Renault comes out on top as the more pocket-friendly offering out of the two for a duration of 10 years. Besides the cost of parts, it is apparent that Renault has also paid attention to labour charges. The Kwid even trumps the Alto K10 when it comes the costs involving two major services (5th and 10th) too.

Sceptical about running the same car for 10 years? Don’t worry, let us take a look at a smaller period of five years instead. With a monthly running of around 1000km, you would end up with roughly around 60,000km over five years. During this period, you’ll need to spend Rs 16,104 as the total maintenance cost for the Kwid 1.0-litre. On the other hand, maintaining the Alto K10 will set you back by Rs 20,955. Hence, by picking the Renault over the Alto K10, you end up saving 28 per cent more!

Looking at the prices of all the main replaceable parts in both the hatchbacks, majority of the parts for the Renault Kwid are more affordable compared to its rival. In fact, all the major fluids in the Kwid are considerably cheaper.

Other than paying special attention to keep the Kwid’s packaging and prices spot on, Renault has also ensured that it after-sales services are relatively more affordable when compared to the Alto K10. With initiatives like Workshop on Wheels, Renault has made sure that its clients in far-flung places are at ease when it comes to maintenance as well. Renault’s efforts have certainly paid off as it has already sold over two lakh units of the Kwid in the Indian market in just over two years!

Check Out: Renault Kwid 1.0L - All You Need To Know

To enhance your experience further, the Renault Kwid packs a large 300-litre boot, first-in-class features, and various personalisation options too. What's more, it even comes with the added convenience of an automated manual transmission (AMT). And if you are on a tight budget, the Kwid makes more sense than buying a Rs one lakh bike. To find out how, click here.