Toyota’s first compact SUV in India gets the choice of both mild hybrid and strong hybrid powertrains. 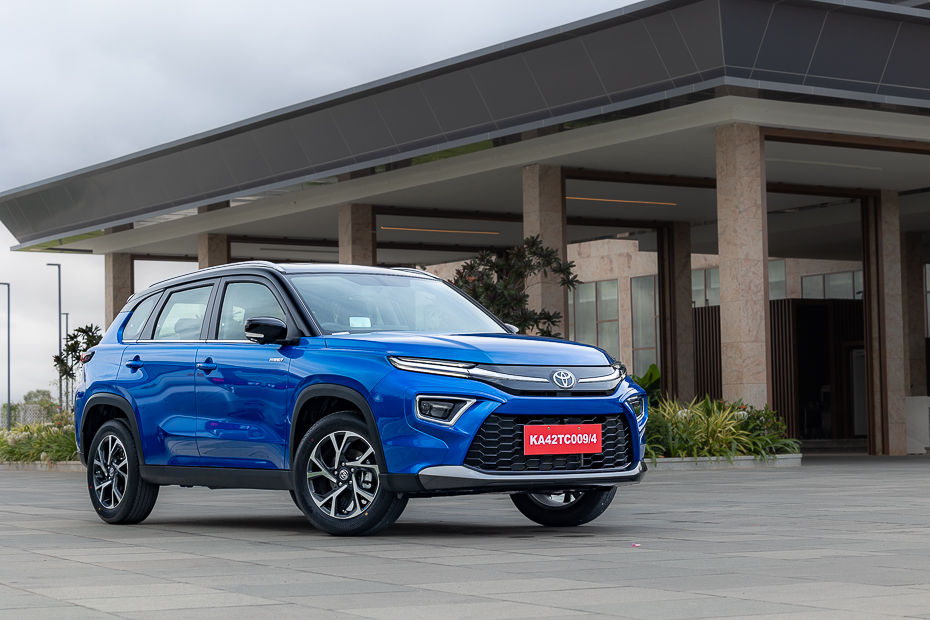 Since the revelation of prices for the Toyota Hyryder's strong hybrid variants, the Japanese automaker is planning to announce the costs for all trims of its compact SUV by early October. Maruti will have revealed prices for the Grand Vitara, the Hyryder’s near-identical sibling, by then as well.

The AWD (all wheel drive) drivetrain is limited to mild hybrid manual trims, while all other trims are front wheel drive only. The strong hybrid is sold in three trims, starting at Rs 15.11 lakh and toping out at Rs 18.99 lakh (ex-showroom).

Based on the prices of the  V trim mild hybrid automatic which costs Rs 1.9 lakh less than the V strong hybrid variant, we expect a similar price gap for the other petrol-auto variants too. The manual variants are likely to be more affordable by another Rs 1 lakh, except for the AWD option. . Furthermore, we expect the Urban Cruiser to have an introductory starting price of around Rs 9.5 lakh to undercut its Korean rivals.

The Toyota Urban Cruiser Hyryder is the first ever strong hybrid offering in the compact SUV space in India. Its unique powertrain option along with its feature-rich cabin gives a tough fight to the likes of Hyundai Creta, Kia Seltos, Volkswagen Taigun, Skoda Kushaq and MG Astor.