Is the new NX actually a generation update? At first glance it looked like a facelift, but then we dove into the details 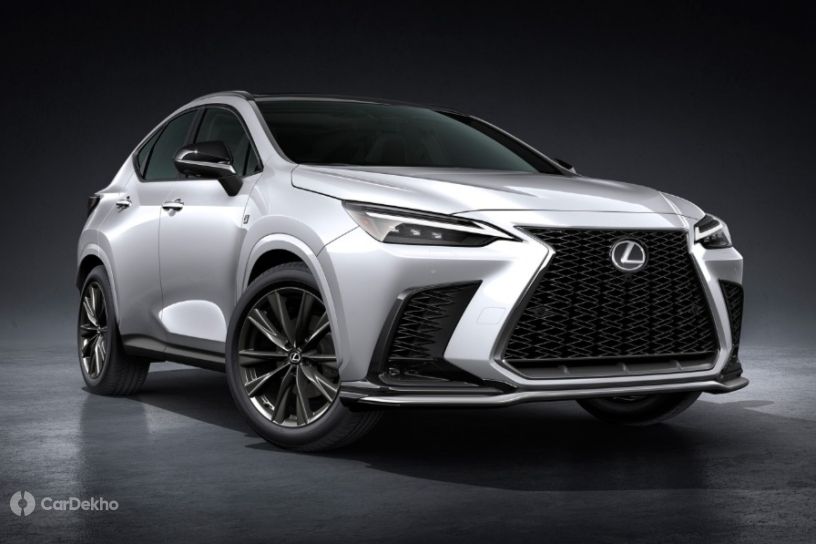 Lexus has revealed the second-generation NX crossover, which builds on the design of the outgoing model while offering more features and more powertrain options. The NX has been selling in India since 2017 and is one of the more affordable cars in its India lineup. That is why we expect this new-gen model to be soon available in Indian showrooms as well. Here’s what we should be looking forward to:

The NX not only retains its crossover-ish design but its sleekness as well. The angular styling that sticks out in your face, the shape of the grille, the bold shoulder, and many such elements have been brought forward from the previous-gen model. To be honest, in terms of design evolution, this looks more like a facelift and less like a generation update. However, there are differences that an eye for detail might pick up. The headlights are now one single unit, the alloy wheel design has been changed and the front bumper has been restyled. The grille, while retaining its shape, has ditched the horizontal slats and now sports a spindle-like design. There will once again be an F Sport variant as well, which will feature a more aggressive bumper, grille and alloy wheel designs.

While the shape of the rear stays the same, the changes here stand out a little more than the front. For starters, the tail lights are now connected by a LED light bar and their design is also different. Under the light bar, you’ll also find that the traditional Lexus logo has been ditched, and instead ‘Lexus’ is spelled out, like so many other cars on the market. And lest we forget, you now get new 20-inch alloy wheels that gel well with the overall design.

Lexus has reworked the cabin quite a bit, but it still manages to feel very Lexus-like at a glance. The steering wheel continues to sport that huge ‘L’ logo, there is a healthy use of black, and most importantly, all the switchgear looks premium, like it was handcrafted. That said, the driver instrument cluster is now a fully digital (7-inch) affair, there is a huge 14-inch (optional) touchscreen floating in the middle of the dashboard and this entire setup is tilted towards the driver for a more engaging experience. And before you start wondering, yes, this screen does support Android Auto and Apple CarPlay. This is the first time Lexus is offering a touchscreen on the NX. Previously, the onboard infotainment screen had to be controlled via a touchpad. There is 64-colour ambient lighting as well, to set the mood.

The centre console of the NX is on the most premium-looking spaces inside the NX. There is a wireless smartphone pad at the front, a leather-draped gear lever behind it and space for two cup holders next to the gear lever. You’ll also find an array of buttons in this space. It’s like most luxury cars, or even regular cars for that matter, but the materials used here look quite premium.

With the NX, you now also get some clever features like a detailed head-up display, and a camera feed in your internal rear view mirror. These not only make your everyday driving experience richer but also spruce up the premium feel of the cabin. There are other neat features as well, such as a digital car key, a virtual assistant, a 10-speaker sound system, and the door handles on both sides of the door have now been replaced by buttons!

To further accentuate the premiumness of the cabin, you get a dual-pane sunroof. With the use of all that black inside the cabin, the sunroof will do a great job of making it feel airy, especially for the rear passengers.

The cabin can be had in various colour schemes but this combination of red and black which is reserved for the F Sport variant sure does look stunning. The rear seat is also a flat bench, which means three people should be able to fit in there snugly, without the seat contouring getting in the way.

While Lexus hasn’t specified how much, it has revealed that the boot of the NX has gotten bigger. One look at this image and you’ll realise how much space it has to offer. The fact that you get 60:40 split rear seats only add to the practicality of the NX.

This new model will be coming to India in 2022 and when it does, it will renew its rivalry with the Mercedes-Benz GLC, BMW X3, Jaguar F-Pace, and hopefully the Audi Q5. We expect it to be priced around Rs 60 lakh.