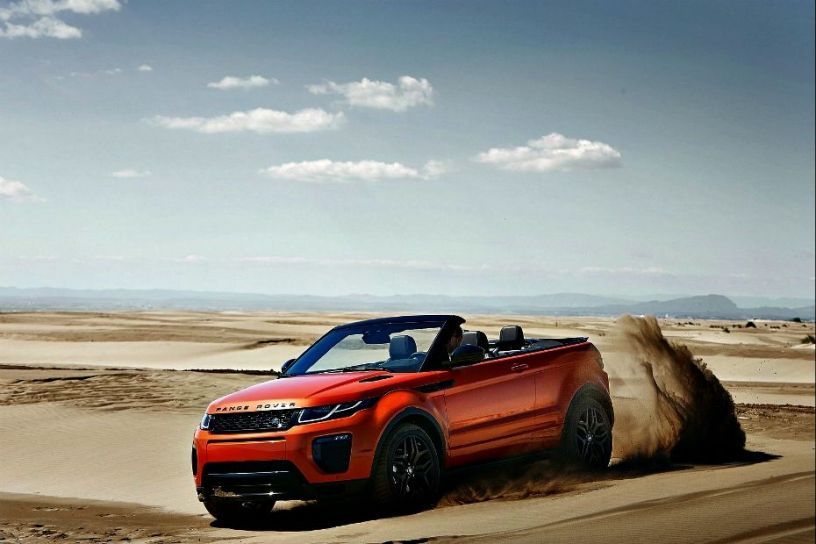 The Evoque Convertible shares its underpinnings with the standard Evoque and sports a two-door setup like the Evoque coupe, which is not on sale in India. Its design is also similar to the standard Evoque, except for that foldable fabric roof. Land Rover claims that it is the largest and the widest roof ever to be fitted on any production-spec car. The soft roof takes about 18 seconds to fold, while it can be retracted back on in 21 seconds at speeds of up to 48kmph. Related: Range Rover Evoque Landmark Edition Launched At Rs 50.20 Lakh

The Evoque convertible measures 4,370mm x 1,900mm x 1,609mm (LxWxH). It is about 10mm longer than the standard Evoque, however, the width and height have been trimmed by 220mm and 26mm respectively. The water wading capacity remains unchanged, though, at 500mm. Due to the foldable roof, the Evoque Convertible’s boot space has also gone down and stands at 251 litres, 73 litres lesser than the standard Evoque. Related: New BMW X3 To Be Launched In India On April 19; To Rival Mercedes-Benz GLC, Audi Q5

Powering the convertible SUV is a 2.0-litre Si4 petrol engine that makes 241PS of maximum power and 340Nm of peak torque. Power is sent to all four wheels via a 9-speed automatic transmission. Land Rover claims that the convertible SUV can go from 0-100kmph in 8.1 seconds before maxing out at 217kmph. The same BS-IV engine will also be available on MY-18 Evoque, when it is launched in the coming months.