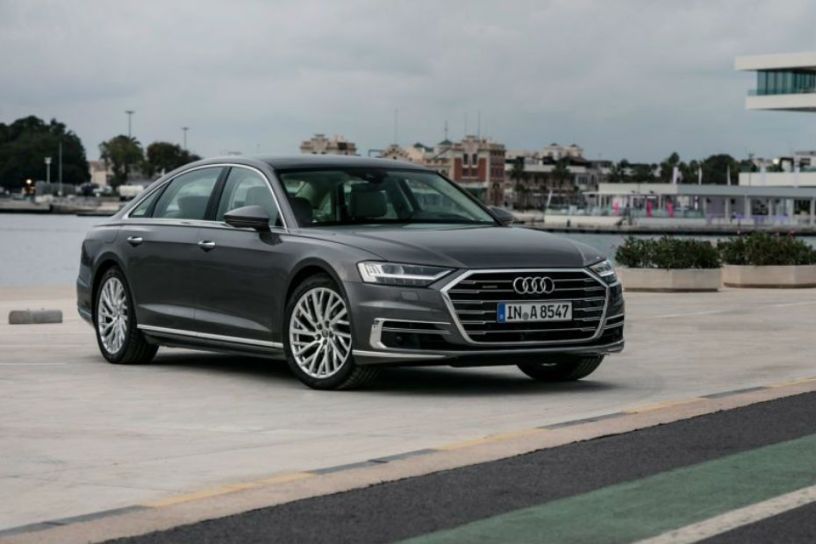 The new Audi A8L is soon going to reach Indian shores, as per the company’s official Indian website. The Audi A8L earned a lot of accolades at the Audi summit in Barcelona for getting Level 3 autonomous technology onboard, a first for any mass-produced vehicle. While the futuristic artificial intelligence is the highlight of its package, the Indian version will be stripped of it when it gets launched here because of the government’s tough stand on AI in cars. Also Read: Next-Gen Audi Q5 Launching On January 18

The upcoming Audi A8L is much lighter than the existing model and uses aluminium, steel, magnesium and carbon-fibre in its construction. It features a thoroughly reworked exterior with the front end incorporating a wider single-frame front grille with full LED matrix headlamps. The side profile features multi-spoke alloy wheels and a much stronger, lower shoulder line complemented by chrome strips running the length of the car till the rear.  The rear end is sure to attract second glances as it possesses an intriguing OLED tail lamp which is as wide as the car. Adding to the elegance of the new Audi A8L are the chrome-tipped dual exhausts.

The interiors will be as premium as you can expect them to be, and come adorned with Audi Virtual Cockpit for the instrument cluster and two HD touchscreens sized 10.1 inch and 8.6 inch for the central console. The dashboard design is in sync with the exterior as a single piece of wood runs from one end to the other, while the base features a lot of hard-touch materials in piano finish. Worthwhile: Audi Brings New Offers As Year Comes To End

At heart of the new Audi A8L could be a choice of 3.0-litre turbocharged V6 engines. The 3.0-litre TDI will produce 286PS while the 3.0-litre TFSI develops 340PS of power. One of these derivatives in India could also receive mild-hybrid capabilities. Related: Audi On Offensive, Plans To Launch 20 Electrified Models By 2025

Audi’s flagship sedan competes against the BMW 7 Series and the Mercedes-Benz S-Class, both of which are also the flagship models of their respective brands. The pricing could be in the range of Rs 1.30 crore to 2.0 crore (ex-showroom Delhi).

Read More on : Audi A8 Automatic