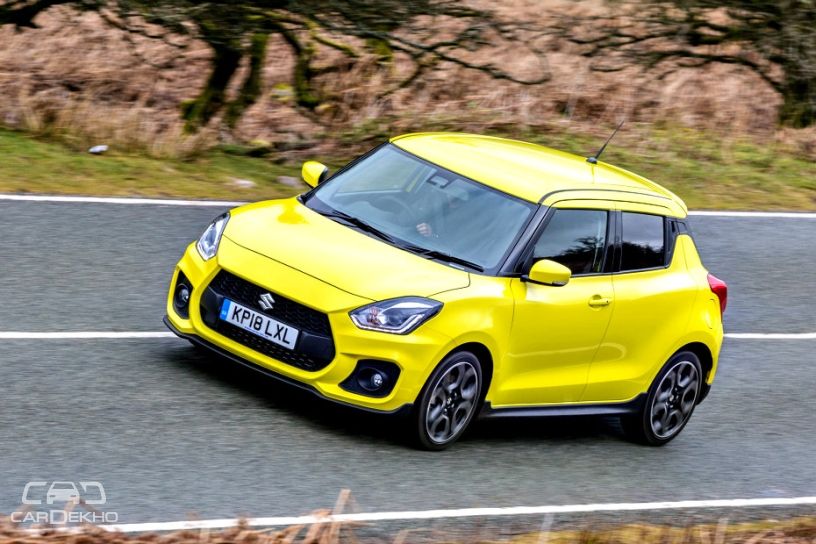 The Maruti Swift has undoubtedly carved itself among the most iconic nameplates in the Indian automotive arena. However, there has always been more to the Swift than India has ever received. Yes, we’re referring to the Swift Sport, the global hot hatch contender from Suzuki. CV Raman, senior executive director (Engg), Maruti Suzuki, has confirmed us during the media ride of the facelifted 2018 Ciaz that the third-gen Swift Sport will not be introduced here like its past two generations.

The 975kg Suzuki Swift Sport (UK-spec), which packs a powerful 1.4-litre Boosterjet turbo petrol engine (140PS/ 230Nm) mated to a 6-speed manual, does 0-100kmph in 8.1 seconds. While a sub-1 tonne Swift Sport would be too hot to handle, it won’t be a hot-selling product for India’s largest automaker.

You see, performance-oriented hatchbacks aren’t setting the sales charts on fire. The competitively priced 105PS Baleno RS (Rs 8.47 lakh), for instance, has underwhelming sales compared to the standard model. Similar is the case with other cars – the 105PS Polo GT TSI (Rs 9.33 lakh) and the 147PS Abarth Punto (Rs 9.67 lakh) (all-prices ex-Delhi) – in the segment.

The Swift Sport in the UK is priced at £17,999 (~ Rs 16 lakh), which is over Rs 2 lakh more expensive than the standard UK-spec Swift featuring the 1.0-litre Boosterjet. The India-spec Swift doesn’t offer the 1.0-litre Boosterjet engine but the Baleno RS does. So, if the carmaker were to launch the Swift Sport in India, it would be priced over Rs 10 lakh. Then only enthusiasts would have bought it since regular buyers don’t buy pricier hatchbacks in India; they prefer SUVs or even sedans instead.

If you factor in other bits likes the Sport’s exclusive Monroe suspension setup, racing front seats, bigger brakes, bigger 17-inch wheels and aesthetic changes, it will shoot up the prices of the hot hatch to well over Rs 10 lakh in India. Needless to say, the engine would be imported like the 1.0-litre Boosterjet.

Besides the Swift Sport, the other globally popular Suzuki, the new fourth-gen Jimny, is not making it to our shores in its current form as well. More on this here: Suzuki Jimny India Launch Unlikely Until 2020\