Mahindra NuvoSport vs Vitara Brezza vs EcoSport vs TUV300

Did you know that Mahindra is the only manufacturer in the country, to offer two sub-4m SUVs in its portfolio? The country’s largest utility manufacturer recently launched the Quanto’s replacement and it is called the NuvoSport. It sits above the TUV300, with a slight price difference. But was it really required? Probably not, as the TUV300 is a decent product. Mahindra should have just discontinued the Quanto, since the rear just doesn’t do any justice to the new face Mahindra has come up with. 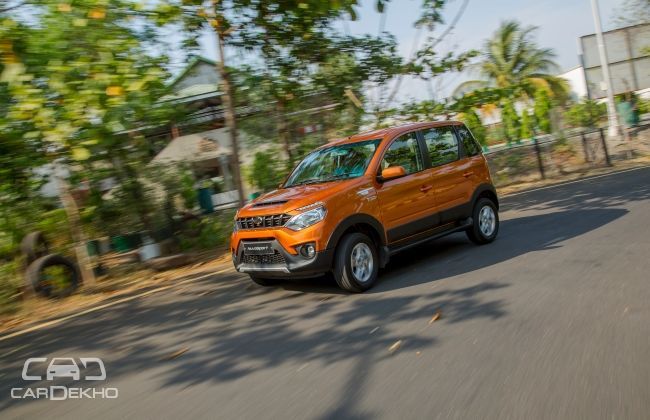 Since we have the new NuvoSport, let us see how it fares against the EcoSport and the Vitara Brezza. We are also roping in the TUV300 as it competes with its sibling because of their clashing prices.

Design is a purely subjective thing, but we believe that most people will not find the NuvoSport’s rear as attractive as its face. After the A pillar, everything is lifted from the discontinued Quanto. A couple of features are interesting in the NuvoSport, such as Mahindra’s grille, and the DRLs, which mimic eyebrows. The EcoSport continues to have one of the best-executed designs in the segment.

Though Maruti went mainstream with the Brezza’s design, its contrasting roof, among other features, makes it a little flamboyant. The TUV300, on the other hand, is diametrically opposite to the NuvoSport in terms of appeal and execution. The design appears bland from certain angles but, out of all these vehicles, it looks more SUV-ish rather than a crossover. Certain people want the hefty SUV look in a restricted budget, and the TUV300 probably fulfils the need.

*Expected to be more than the TUV300

The NuvoSport and the TUV300 share the same engine. However, the NuvoSport delivers more power and torque. Mahindra has the torquiest offerings in this segment. All this extra torque helps in better lugging of the car’s weight.  However, their kerb weight is considerably higher than the other two. So, even with all the extra torque, the two Mahindras might not feel as brisk as they appear on paper.

Last year, Ford introduced the updated EcoSport with an uprated diesel engine and slashed its prices after getting the heat from Vitara Brezza. The engine is now on par with the NuvoSport, but is not torquier compared to it. But, considering its weight, the engine will not have any problem pulling it effortlessly.

As of now, only the EcoSport offers petrol counterparts in this segment. It comes with a choice of two petrol motors and both have power way over 100 horses. In fact, the 1.0-litre turbocharged petrol has won the ‘International Engine of the Year’ thrice in a row! Maruti Suzuki offers the tried-and-tested 1.3-litre diesel derived from Fiat. Check out our road test.

All four cars are loaded with features, but newer Marutis nowadays excel in almost every segment when it comes to features. The Vitara Brezza is no exception. A few features that the Brezza possess over its rivals are projector headlamps, LED graphics in tail lamps, infotainment system with Apple CarPlay, and instrument cluster with different backlits. The EcoSport offers Ford’s SYNC audio system, which is not a touchscreen unit, but offers a host of features, including Emergency Assist (it automatically calls for help in case of any mishap).

Mahindras, on the other hand, come with the regular goodies that we have been seeing for a while. They offer features like Mahindra Blue Sense app integration, parking assist, Micro Hybrid tech (engine start-stop) and driving modes. However, both the Mahindras lack automatic climate control, which is available in both the Ford and the Maruti.

Coming to the safety aspect, the Brezza is the only car that offers a standard driver airbag, while passenger airbag and ABS with EBD are optional, starting from the base trim. On similar lines, the Mahindra duo also offers an optional safety pack that includes dual front airbags along with ABS and EBD. Furthermore, the Ford EcoSport offers segment-first six airbags and the petrol auto gets ESC (electronic stability control), TC (traction control), along with Hill Assist. However, nothing comes standard with the EcoSport, while safety features start from the second trim.