The 5.2 metre-long limousine from Toyota’s luxury arm will be launched in India on January 15, 2018 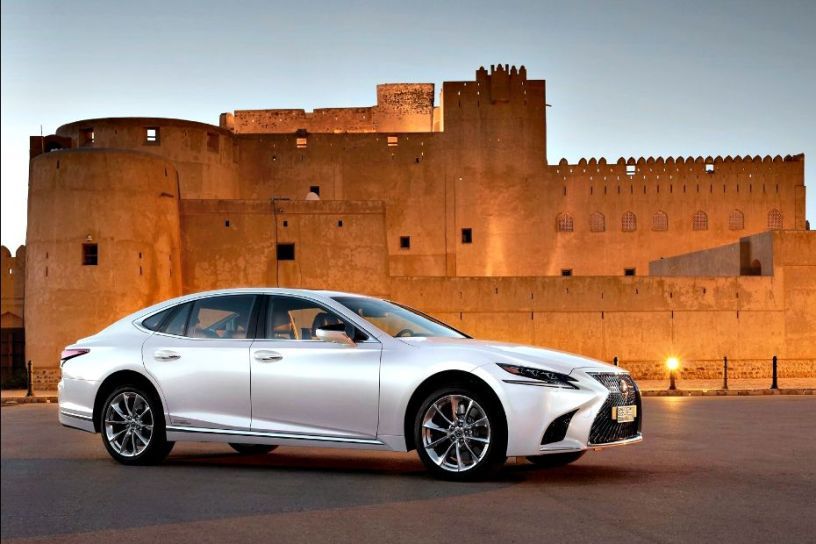 Lexus is set to launch yet another luxury vehicle in the country. This time around, Toyota’s luxury arm will be launching its flagship sedan, the LS 500h. Scheduled to be launched on January 15, 2018, the LS 500h will arrive close on the heels on the NX 300h, an SUV we’ve already driven. Read the full review here: Lexus NX 300h: First Drive Review

When launched in India, the LS 500h will compete against established full-size sedans like the Audi A8, BMW 7 Series, the Mercedes-Benz S-Class and the Jaguar XJ. When compared to the competition, the LS 500h stands out with its striking front end that is typical of a Lexus and the hybrid powertrain option. The LS is all about attention to detail, be it on the inside, outside or thoughtful and intricate touches which are expected from a car in this segment. Staple materials like leather and wood trims find their place on the dashboard and door panels while aluminium inserts with art decor stitching are optional. Further, it also gets an LCD instrument cluster with dials inspired by the mighty LFA supercar.

The LS 500h has been on sale for a while in the Japanese and North American markets. While it was powered by a V8 motor earlier, the new model features a V6 coupled to a hybrid powertrain. The India-bound LS 500h will employ the 3.5-litre V6 motor coupled to two electric motors that deliver a combined output of 355PS. The powertrain will be mated to an eCVT. However, it remains to be seen if Lexus brings the rear-wheel drive version or the E-Four all-wheel-drive system to India.

The Lexus LS 500h is likely to be priced on the higher side as it will be launched here via the CBU (completely built unit) route unlike its locally assembled competitors. However, if Lexus can price it around Rs 1 crore to Rs 1.2 crore, then there’s a good chance of the LS standing up against its European contemporaries. The LS 500h will sit above the ES 300h hybrid in Lexus’ Indian range and will be the fourth hybrid after the NX 300h and the RX 450h.