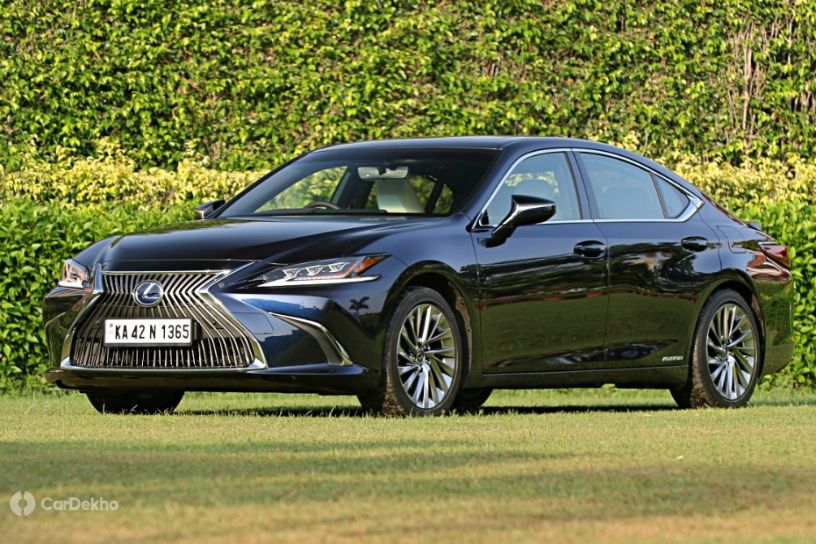 It’s not surprising that you may look at that desirable Mercedes-Benz, that tech-loaded Audi or the grin-inducing BMW as your first step into the world of luxury sedans. All promise quite a lot and a few frills exclusive to them that’d make you feel special too.

Representing Japan is Lexus’ ES 300h: an unusual choice, but not unreasonable. Here are five things that make this sedan stand out.

If you happen to live in a big metro, chances of you not giving a second glance to an E-Class or a 5 Series isn’t surprising. They’re around by the dozen, and their sombre design isn’t something that arrests attention either. The Lexus, on the other hand, demands you to take notice. One, for it’s exclusivity. Second, because those sharp lines, massive grille and the ‘3-eye’ bi-beam headlamps give it a distinct persona.

Reliable As A Retriever!

You’d expect big luxury cars that are loaded with gizmos to go wrong every now and then. And, they do. With the ES 300h, however, chances of that happening fall down significantly. Lexus doesn’t hide it’s Toyota genes. In fact, it prides itself on it. Globally, the manufacturer is known for some of the most reliable cars in the world. In India too, Lexus offers a 3-year/100,000km warranty on the ES 300h.

If you wanted a luxury sedan that’s a wee bit kinder to mother nature, the ES 300h is the only hybrid alternative in this space. It can run on pure electric power if need be, and sip consciously when it’s using petrol power. That’s despite having 217PS on tap. Hybrids - even in large cars such as the ES - are astonishingly efficient in the real world. You can expect a figure that isn’t too far off from Lexus’ claimed 22.37kmpl.

The cabin experience is unique, too. It starts from the swanky design that’s the diametric opposite of the barrage of straight lines and slab-sided screens we are used to seeing. It’s quintessentially Japanese, that’s to say there are tiny details you’d discover and appreciate. Take the ‘Shimamoku’ wooden trims that alternate light and dark stripes used generously around the cabin and on the steering wheel. Similarly, the positioning of the drive mode selector: right next to the instrument cluster, making you feel like a fighter pilot!

It isn’t surprising that the ES 300h isn’t about a quick 0-100kmph time or an overload of gizmos. It sticks to the basics of being a luxury sedan: quiet and comfortable. If the stiffly sprung European cars don’t agree with your back, or you want a calmer cabin on the move, the Lexus will happily be your zen garden. It keeps the hustle and bustle of the outside world, well, outside. Add that with the seats that are practically scaled-down comfy sofas, and you’ve got a car you can happily lounge in. The brilliant 17-speaker Mark Levinson music system should set the mood just right.