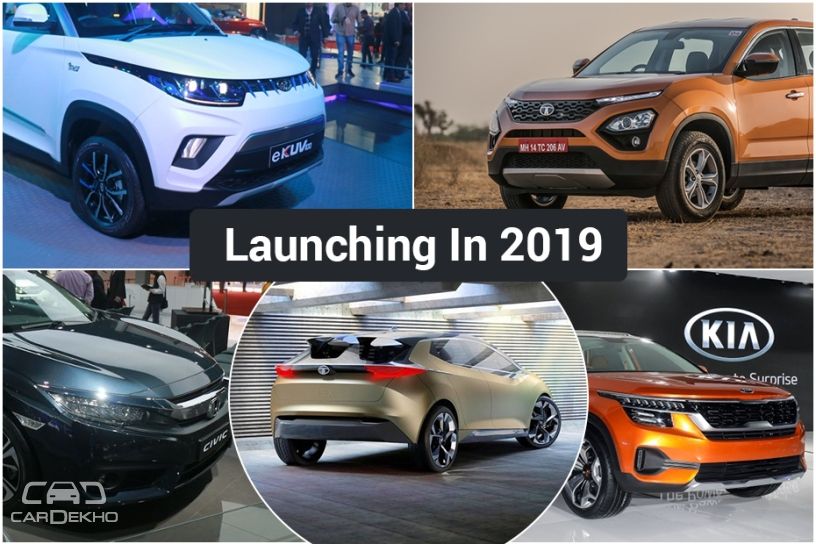 The year 2018 not only witnessed over 100 new car launches, but also saw the 14th edition of India’s biggest auto show, the Auto Expo. Here’s a quick recap of the best cars and concepts that debuted at the Auto Expo that are set to launch in 2019.

Tata’s stall at the Auto Expo was undoubtedly the most attractive of all thanks to the two concepts it revealed. While Tata has already revealed the production version of the H5X concept, christened the Harrier, the 45X is expected to be revealed in the coming few months. It has been spied testing quite a few times and you can read all about it here. The Harrier is set to go on sale on 23 January, 2019. So expect the production-spec version of the 45X concept to be launched by Diwali 2019.

Honda showcased the tenth-generation Civic at this year’s Auto Expo. Although it was the pre-facelift version of the sedan, we’ll be getting the updated version which was unveiled recently. Find out more about the updates here. The Civic is coming to India after a long gap; the eighth-gen Civic was discontinued back in 2012. The new Civic has already been spotted testing in India and will go on sale in the first quarter of 2019. It will be available with both petrol and diesel engine options for the first time ever.

Kia unveiled its India-specific SP Concept along with 16 other cars at the Auto Expo. Its production version SUV, which will rival the Hyundai Creta, will be the first Kia product to go on sale in India. Although the official reveal and launch is still a few months away, the carmaker has revealed some details about the upcoming SUV. Codenamed the SP2i, the SUV will be available with both petrol and diesel engines and will be priced from Rs 10 lakh to Rs 16 lakh (ex-showroom). Its production is expected to begin by mid-2019 at Kia’s Andhra Pradesh facility.

Mahindra showcased the electric version of its entry-level offering, the KUV100, at the Auto Expo. Recently, the carmaker confirmed that it will go on sale in India in mid-2019. It will be the third EV from Mahindra after the e2o Plus and the eVerito. Related: Mahindra e-KUV100 Revealed At Auto Expo 2018