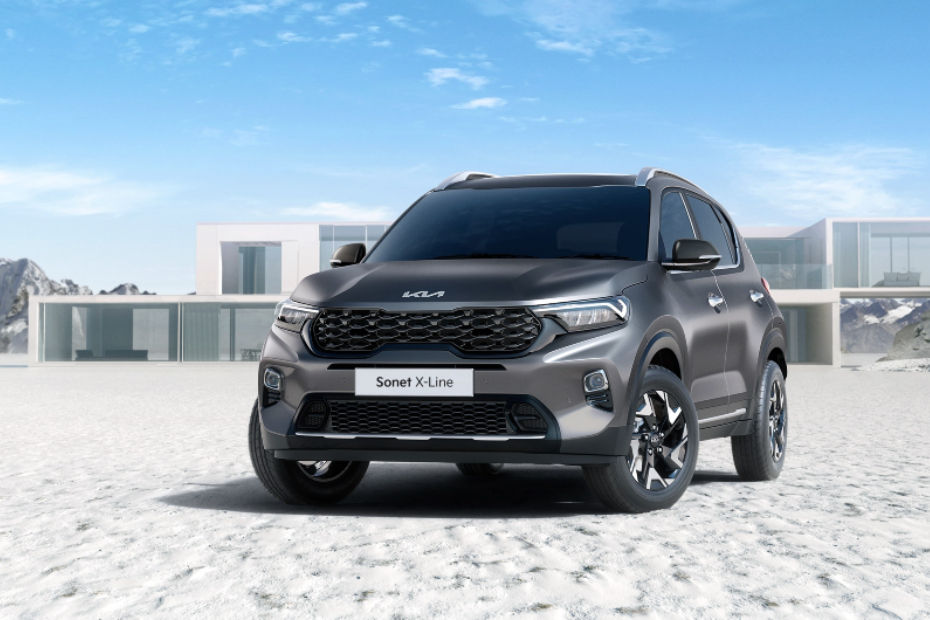 Kia has launched the Sonet X Line variant, priced from Rs 13.39 lakh. The SUV gets several cosmetic upgrades for a sportier and more aggressive look. The main addition is the matte shade, which is a segment-first highlight.

The X Line is based on the top-spec GTX+ variant and can be had with automatic transmissions only:

The X Line just carries a difference of Rs 20,000 over the corresponding powertrains.

The exterior of the Sonet X Line is covered in the Matte Graphite shade, which is the biggest highlight here. Upfront, the grille and skid plate get the gloss black finish, while there’s a dark chrome treatment for the fog lamp garnish. Move to the side and you have the new 16-inch dual tone black and silver alloys, gloss black ORVMs, and dark metal door garnish. Lastly, you get the gloss black finishing for the rear skid plate and the dual exhaust muffler and of course, the X Line emblem.

The X Line’s cabin is wrapped in a dual-tone Sage shade and a black headliner. The steering wheel and the seats get the leatherette wrapping and orange stitching with ‘X Line’ and ‘Sonet’ badging respectively. Other than that, the layout remains unchanged over the Sonet GTX+ variant.

There are no feature differences with the X Line. Since it’s based on the fully-loaded GTX+ variant, it features full LED lighting, an electric sunroof, a 10.25-inch touchscreen system with connected car technology and remote operations, an 8-speaker Bose sound system, an air purifier, a digitised instrument cluster, ventilated front seats, and up to six airbags.