Ford Freestyle: 5 Things That Could Have Been Better

Despite being one of the safest and well-rounded packages in the B-segment,  the Ford Freestyle still leaves us wanting in some departments 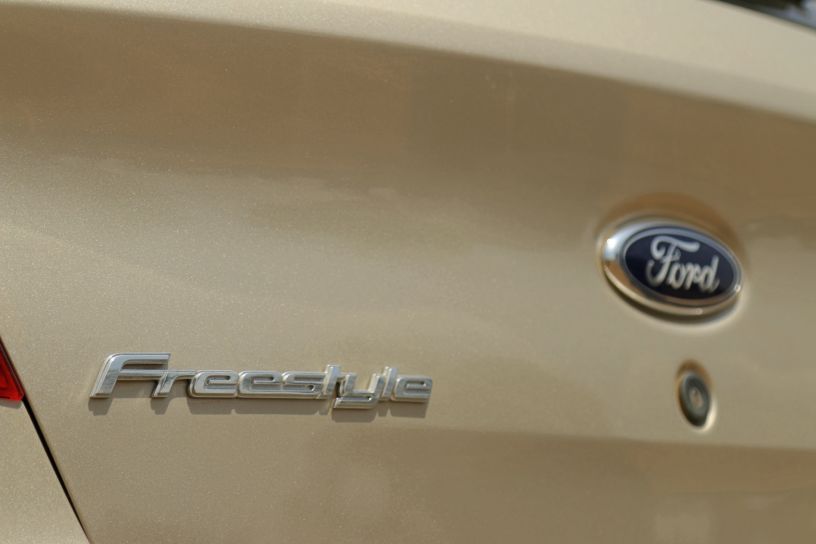 Frankly, it is hard to fault the little beefed-up Ford as it is a brilliant offering. Ford has done the majority of bits better than the competition, and some are even way ahead of the benchmark set by its rivals. But as we all know, no car is perfect, and the American cross-hatch too has its own set of shortcomings. Here are five things that Ford could have done to make the Freestyle packaging even better.

Wow factor missing on the inside

The Freestyle carries forward the bugbears of the Figo, which means there’s still room for improvement when it comes to fit and finish. As is the case with the Figo, the overall quality of the Freestyle is largely at par with the segment, but it doesn't feel as solid as the first-gen Figo.

The Freestyle’s interior lacks appeal even when Ford has parted ways with that cluttered SYNC1 unit that had an overwhelming number of buttons! The free-floating SYNC3 system has added a bit of masala to the dash, but still, it misses out on the wow factor that, say, hatchbacks like the Swift exudes (check out the image above and below). Even the instrument cluster remains boring and bland like the Figo. The Swift gets a flat-bottom steering wheel, twin-pod instrument cluster and a low-set all-black dashboard with silver accents. The whole setup looks comparatively sporty and fresh.

There’s no doubt that the Freestyle is one of the most loaded offerings in the B-segment. Its equipment list features things such as up to six airbags, ESP, traction control, a couple of touchscreen infotainment systems, and programmable key, to name a few. Despite having an extended feature list, the Freestyle lacks fancy bits such as projector headlamps or LED inserts in its tail lamps. It is not about being fancy - projector headlamps offer better illumination compared to regular multi-reflector halogens. The Maruti Suzuki Swift, for example, features class-leading LED projector headlamps (check out the image below) that certainly lit the road better. The Freestyle also doesn’t offer LED daytime running lights, something that many people desire their cars.

The Ford Freestyle is an adventurous vehicle and it should be high on the practicality front. It gets rugged and functional roof rails that can hold up to 50kg of weight on the outside, but it comes short on the practicality front on the inside. The rear seat, for instance, does not split fold and you’ve to flip the entire backrest if you need to carry extra luggage.

If it would’ve split and folded, you can easily put luggage and can utilise the sitting space better as well. Also, the Brazil-spec model features leatherette and fabric upholstery that Ford claims come with a ‘soil repellent’ treatment, which repels water and dirt. This would’ve be a boon for adventure junkies. Moreover, like the Figo, the Freestyle too lacks bottle holders at the back. The Brazil-spec model gets elastic bands on the front seats to carry things, including water bottles.

This would be nitpicking, but Ford could have given the Freestyle a more distinct look. It looks pretty much like the Figo, as is the case with rest of the cross hatches. Honda, on the other hand, has done things differently with the WR-V and the Jazz. The WR-V, which is essentially a Jazz, gets a redesigned front profile that sits quite upright compared to the hatch. Also on offer are body cladding and a noticeably different rear profile, and all these things lend the WR-V its own identity compared to other beefed-up cross hatches. As a result, it sells comparatively better and Ford could’ve done the same.

Well, now that you’ve read what we didn’t like about the Freestyle, here’ what we loved about the little Ford: Ford Freestyle: 5 Things We Like

A lot of work on the interior design and finishing and AMT option is the need of the hour!

Author seems to be biased as freestyle can't be compared tin boxes like swift. Only truly improvement area are amt option.projector headlamp.and do something to improve mileage without losing soliditycar