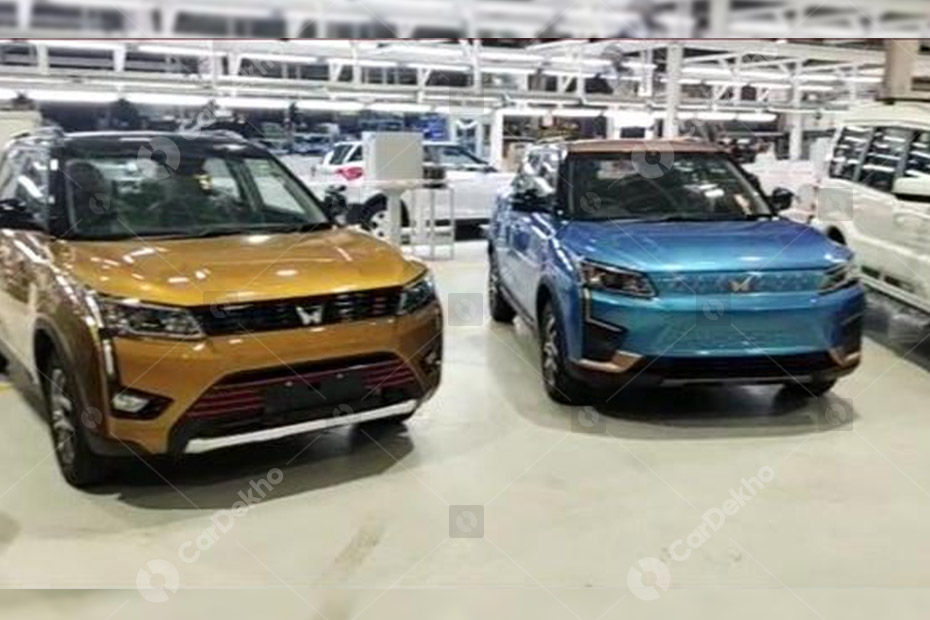 The long-awaited Mahindra XUV300 TGDI (Sportz) has been spotted in a production-ready avatar at the carmaker’s plant. Mahindra will launch the sportier variant of the XUV300 on October 7.

The XUV300 TGDI will be the new top-spec variant of the subcompact SUV. The leaked photo suggests that it will get gloss black finish for the grille, ORVMs, and roof. Red stripes on the air dam, a new mustard exterior shade and the ‘Twin Peaks’ logo can also be seen onboard. The new variant will run on the same 16-inch dual-tone wheels, though we feel that the earlier-offered 17-inchers would have been a better choice.

We’re expecting some sportier-looking changes inside the cabin as well, possibly red inserts and an all-black cabin. In terms of features, it should continue with the same equipment as the top-spec W8 variant’s. The list should include automatic headlamps, dual-zone climate control, sunroof, cruise control, a 7-inch infotainment system, rain-sensing wipers, six airbags, disc brakes at all ends, and front parking sensors.

The main upgrade will be under the hood: a more powerful 1.2-litre T-GDI turbo-petrol engine. The engine is rated at 130PS and 230Nm, which is 10PS and 30Nm more than its current iteration of the 1.2-litre turbo-petrol. We’re expecting a 6-speed manual transmission to be standard for the TDGi.

The XUV300 TGDI Sportz could attract a premium of around Rs 50,000 over the regular corresponding petrol-powered variants. Prices for the new variant are expected to start from around Rs 12 lakh (ex-showroom). It will rival Hyundai Venue N Line, which is also a sportier version of the regular subcompact SUV.