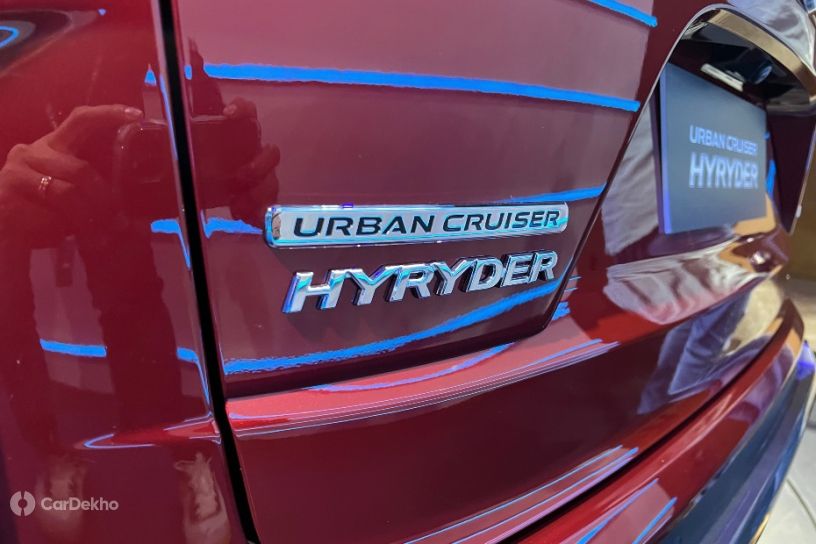 The Toyota Urban Cruiser Hyryder is expected to be launched in the first half of August and we reckon, based on all the details available, that the compact SUV’s entry-level strong-hybrid variant will become the most affordable option of its ilk in India.

Toyota will be offering the choice of the strong hybrid powertrain from the one-above-base ‘S’ trim. We expect this exact variant to be priced at Rs 15 lakh (ex-showroom) with a premium of Rs 2.5 lakh over the corresponding petrol-automatic variant. Once you include the additional costs such as the road tax, insurance and miscellaneous, you can easily add up to Rs 3 lakh to that ex-showroom price tag. Even with those, the Toyota Urban Cruiser S Hybrid trim will still cost you less than Rs 20 lakh on-road.

In comparison, the current most affordable hybrid car in India is the Honda City e:HEV with an ex-showroom price of Rs 19.5 lakh which translates to over Rs 22 lakh on the road in Delhi. Assuming similar taxes and additional costs, the entry-level Hyryder strong hybrid should, in comparison, be more affordable by around Rs 4.5 lakh.

The one-below-top ‘G’ variant of the Toyota compact SUV with the strong hybrid powertrain should have an on-road price of just around Rs 20 lakh with an expected ex-showroom price tag of Rs 17 lakh. The top-spec Toyota Hyryder strong hybrid ‘V’ variant is likely to cost the same as the fully loaded Honda City Hybrid.

There’s no denying that models with a hybrid powertrain do come with a hefty premium of their own. At prices similar to that of the entry-level Toyota strong-hybrid SUV, one can have better equipped variants of segment rivals like the Hyundai Creta, Kia Seltos, Skoda Kushaq and the Volkswagen Taigun.

The entry-level Hyryder strong hybrid ‘S’ variant may not be feature-rich, but it’s not exactly lacking in basic comforts either. It still gets a 7-inch touchscreen infotainment system with Android Auto and Apple CarPlay, auto AC, 7-inch digital driver display, 60:40 split-folding rear bench seat back, rear parking camera and a height-adjustable driver seat.