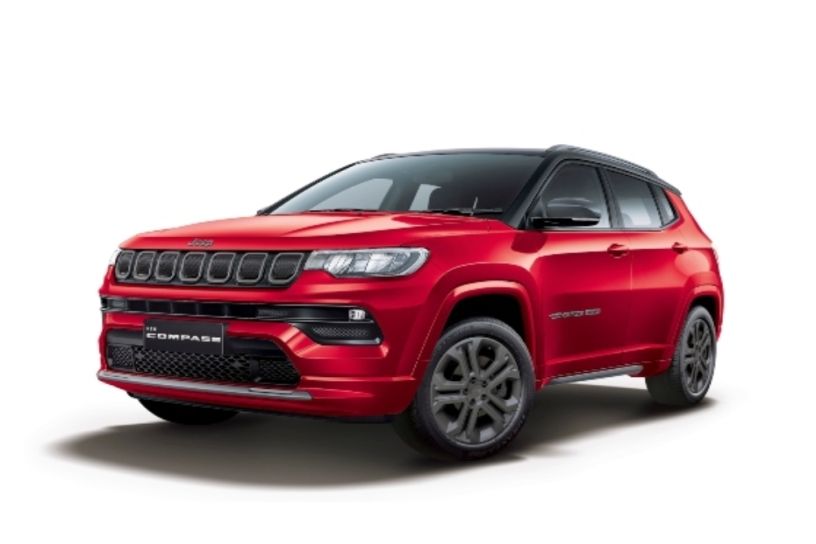 Jeep has launched the Compass facelift, starting from Rs 16.99 lakh going up to Rs 28.29 lakh (ex-showroom Delhi). In comparison to the pre-facelift model, the prices have increased by Rs 50,000 to Rs 4 lakh for the top-spec variant. The prices of the Trailhawk variant have not yet been revealed but it could cross the Rs 30 lakh barrier.

Jeep has also confirmed the commencement of test drive and the first set of deliveries. Both are scheduled to begin from February 2. However, we are expecting the demo showroom vehicles to reach earlier than that.

The Compass facelift comes in four variants: Sport, Longitude (O), Limited (O), and the new range-topping Model S. It also comes in a limited run 80th Anniversary Edition trim, which sits below the top-end variant. It gets a couple of exclusive styling bits.

The exterior profile gets enhancements that are limited to the front fascia. It features a more aggressive front bumper, sleeker LED headlamps and DRLs, a glossy black grille, and LED fog lamps. The alloy wheel design, side profile, and rear fascia remain the same as earlier. The Anniversary Edition gets a blacked-out roof, granite alloy wheels, body painted front, and rear cladding.

The cabin gets a major overhaul with a new dashboard theme. While you get a dual-tone dashboard theme with all the variants, the Model S exclusively gets an all-black interior theme. New features on board include 8-way powered and ventilated front seats, a 10.1-inch touchscreen infotainment unit with connected car technology, a 10.25-inch fully digital instrument panel (only for Model S), a 360-degree camera, and wireless charging. Safety is taken care of by six airbags, ABS with EBD, traction control, ESC, panic brake assist, brake lock differential, hill assist control, and roll-over mitigation.

The facelift continues with the same 1.4-litre turbo-petrol and 2.0-litre diesel engines. The turbocharged petrol engine produces 163PS and 250Nm, paired to a 7-speed DCT and a 6-speed MT. The diesel engine is rated at 172PS and 350Nm, mated to a 9-speed torque converter automatic and a 6-speed manual.

The Compass facelift will continue to rival the Mahindra XUV500, Hyundai Tucson and Tata Harrier. It will soon find itself competing with the upcoming 2021 Volkswagen Tiguan and Skoda Karoq.