Current waiting period for the Hexa is already two months 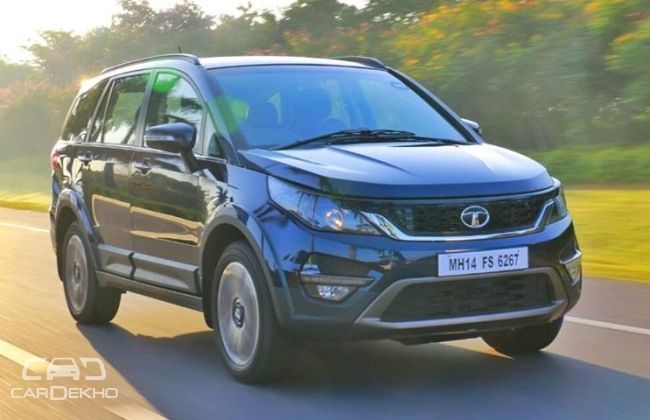 Tata Motors launched the Hexa today and with it came a couple of surprising statistics. The waiting period of the Tata Hexa is already in the vicinity of two months and based on the number of bookings, something that Tata Motors didn’t share, customers are more inclined towards variants with automatic transmissions.

The split between the number of bookings currently stands at 60:40 in favour of automatic variants over manual transmission versions. In other words, the number of bookings collectively received for the XMA and XTA variants is higher than that of the total received for the XE, XM, XT and XT 4x4 trims. Tata Motors had begun entertaining bookings for the Hexa in November last year.

Priced between Rs 11.99-17.49 lakh (ex-showroom Delhi), the Hexa not only undercuts the price tags of its arch rivals - the Mahindra XUV500 and Toyota Innova Crysta, but also, although unwillingly, takes on its own sibling, the Safari Storme. But you don’t have to do the complicated math as we have done that for you. We have compiled an in-depth comparison between the two Tata utility vehicles and explained how the Hexa stacks up against its rivals from Mahindra and Toyota.

Tata Motors has had a good 2016, thanks, primarily, to the Tiago hatchback. The year 2017 promises to be as good, if not better, for the home-grown automaker. The company is expected to launch a compact sedan, the Kite 5, which will share almost all its underpinning with the Tiago. Moreover, to make a debut in the hotly contested compact-SUV segment, Tata Motors is also likely to launch the Nexon. Both the products, just like the Tiago, will feature Tata’s new Impact design language.

6 Things We Would Have Liked To See In Hexa