Audi has started the production of the Q2 in Germany, after the model made its debut at the 2016 Geneva Motor Show in March. This SUV will be manufactured at Audi's main plant in Ingolstadt, and the assembly line will be producing approximately 450 units a day. 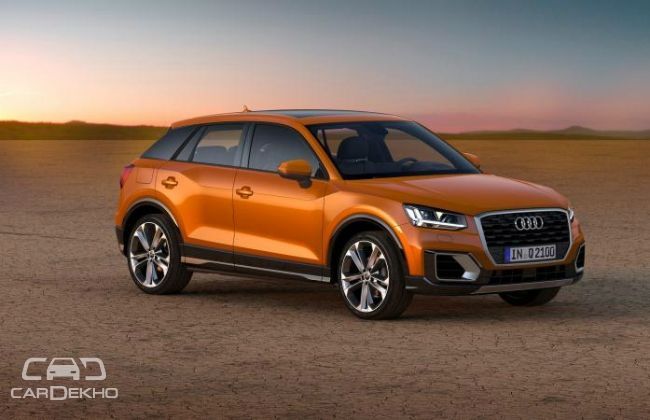 The Audi Q2 is based on the Volkswagen group’s MQB platform, which also underpins the new-gen Skoda Superb, Audi A3 as well as the upcoming VW Passat. Being a small SUV, the Q2 will be placed below the Q3, though, both will be manufactured on the same line and will go through the same body shop and paint shop.

The Q2 is the fourth member of Audi’s ‘Q’ family, following the Q7, Q5 and Q3, all of which are available in India. The Audi Q2 will be offered with six different engines, including three TFSI (petrol) and three TDI (diesel) units, delivering between 116PS and 190PS. The car can be equipped with a 6-speed manual or a 7-speed S-tronic dual-clutch automatic transmission. Available features include lane keeping assist, blind spot assist, radar guided cruise control and a dashboard mounted multi-media screen that comes as standard.

The Audi's plant in Ingolstadt, Germany, is the largest production facility within the Audi Group and is the second-largest car plant in Europe. The German automaker produces more than half a million automobiles a year in Ingolstadt with a new Audi driving off the plant’s assembly lines every 30 seconds – more than 2,500 cars a day. The Audi Q2 will make a significant contribution to the plant's future.