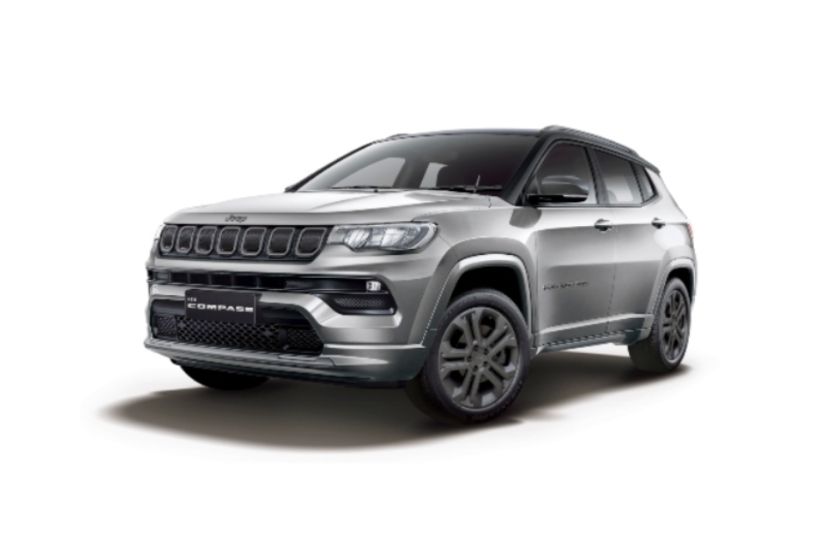 The Jeep Compass has finally got a facelift, nearly four years after it was launched in India. The SUV receives some cosmetic enhancements both on the outside and inside, along with many new features. Prices start at Rs 16.99 lakh going up to Rs 24.49 lakh (ex-showroom Delhi). Compared to the pre-facelift Compass, the new model demands nearly Rs 4 lakh more for the top-spec diesel-AT variant. Here’s a detailed variant-wise price list:

The Compass facelift now has a new range-topping ‘Model S’ variant loaded with all the bells and whistles. There’s a limited-80th-anniversary edition that gets exclusive styling. The SUV comes in four trims -- Sport, Longitude Option, Limited (O), and Model S. The limited-run Anniversary Edition comes in three variants --- Turbo Petrol-DCT, Diesel-MT, and Diesel-AT.

While the facelifted Compass sees subtle changes on the outside, it receives a complete makeover inside the cabin. It gets a new glossy black front grille, a more aggressive front bumper, sleeker LED headlamps, new LED DRLs, and LED fog lamps. The alloy wheel design and the side profile remain unchanged. Even the rear profile does not get any cosmetic upgrade.

Under the hood, the 2021 Compass facelift continues with the same 1.4-litre turbo-petrol and 2.0-litre diesel engines. The petrol engine is rated at 163PS and 250Nm, while the diesel engine produces 172PS and 350Nm. A 6-speed manual is standard across both engines. While the petrol motor gets the option of a 7-speed DCT, its diesel counterpart has the choice of a 9-speed torque converter automatic. While both 4X2 and 4X4 drivetrains are available, the latter is exclusive to the diesel engine.

The 2021 Jeep Compass will continue to rival the likes of the Mahindra XUV500, Tata Harrier and Hyundai Tucson along with upcoming models like the 2021 VW Tiguan and Skoda Karoq. With the new prices and more features, it has upped its game. However, it still comes out to be one of the priciest SUVs in its segment.