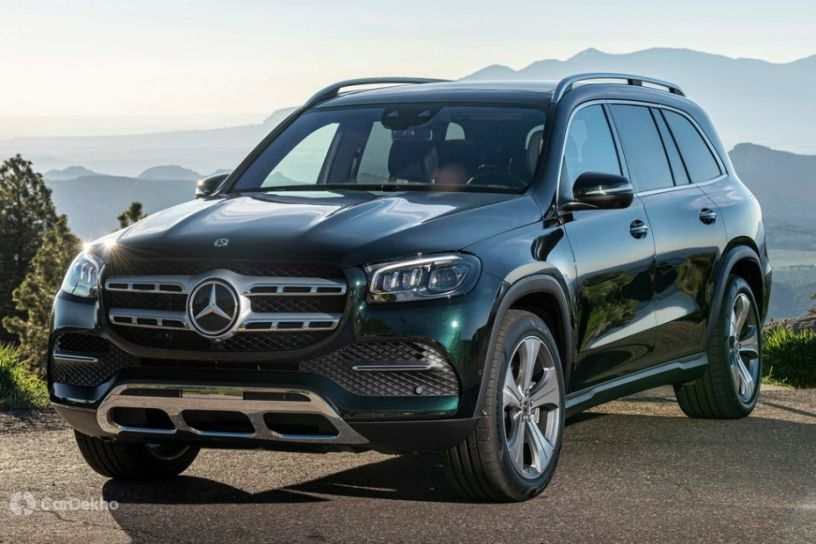 Mercedes-Benz has launched the third-gen GLS in India. It is being offered in two variants: GLS 400 d 4MATIC and GLS 450 4MATIC, both priced at Rs 99.90 lakh (introductory ex-showroom except Kerala).

The third-gen GLS is offered with both BS6 petrol and diesel engines. The diesel variant is powered by a 3.0-litre engine that produces 330PS/700Nm. Mercedes-Benz offers the GLS 450 with a 3.0-litre petrol motor that puts out 367PS/500Nm and comes with mild-hybrid technology. It offers an additional 22PS and 250Nm boost under hard acceleration. Both variants come paired to a 9-speed AT and are offered with all-wheel drive.

Mercedes-Benz has ditched the boxy structure seen on the SUV’s predecessor in favour of a more curvy design. It gets a big two-slat grille flanked by LED headlamps with LED DRLs. The front bumper now comes with large air dams that give the SUV a more muscular appeal. Its big wheel arches are used to place 21-inch alloy wheels (standard). At the rear, it gets a large windshield, sleek LED tail lamps, and a large bumper that contains twin exhausts with chrome inserts.

The third-gen GLS gets two 12.3-inch connected screens wherein one is the digital instrument cluster and the other is for Mercedes’ MBUX infotainment system. Mercedes-Benz offers its flagship SUV with five-zone climate control, front and rear wireless charging, a panoramic sunroof, a Burmester surround sound system, and 64-colour ambient lighting. Safety features on offer include up to nine airbags, ABS with EBD, front and rear parking sensors, and a rearview camera.

The only competitor to the third-gen GLS in the Indian market is the BMW X7.