Top 5 Most Notable Changes to the XUV5OO

The new age XUV5OO was unveiled recently with a plethora of changes. Mahindra claims that the refresh sports 31 new features. An indepth look at what's new can be checked here (https://www.cardekho.com/features-stories/new-age-xuv5oo-whats-new.htm). For now, let’s take a quick look at the top 5 most notable changes to the new age XUV5OO. 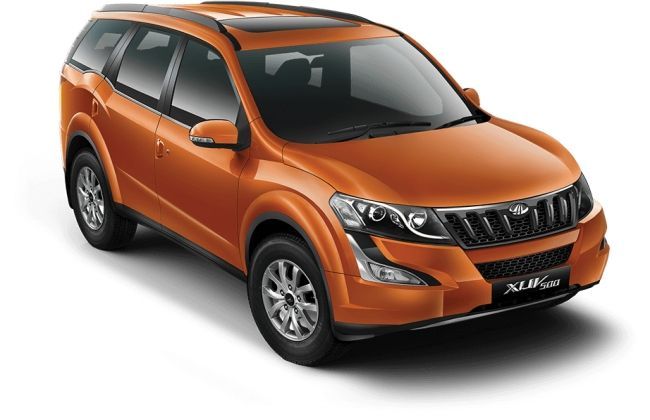 Mahindra has taken the term ‘facelift’ a bit too seriously with the XUV5OO. The new age Mahindra sports an entirely restyled front end, whilst maintaining the muscular, aggressive look it’s old iteration was known for. One glance and you’d instantly notice the new headlamp with the S shaped LED guide lights and the new chrome slatted grille. The other changes include a redesigned bonnet, updated foglamps with chrome surrounds, and a black bezel which mimics the tear ducts of a Cheetah. The front bumper also sports a new air-dam and a skid-plate.

The simple five-spoke pattern on the alloys has given way to the new 10 spoke alloy wheel. The new XUV sits on 235/65R17 tyres. Although the new design looks fresh, it looks slightly cluttered - making the alloys look a size smaller than they actually are. Customers opting for the lower variants of the old XUV had the option of swapping their steel rims with 16 inch alloys which were offered as an accessory. If this option gets an update too, remains to be seen.

The XUV interior, now features a new black and beige theme. Which is a pleasant change from the earlier two options of black and plum & beige and plum. The seats are upholstered in beige leather and are feel plush and upmarket. The cabin is extremely welcoming, but the quality, fit and finish remains largely the same. Also, the XUV has cooled down on the inside. Quite literally. Mahindra has done away with the old red colored ambient lighting. The interior illumination now follows an icy blue theme. Icy blue backlights are seen on the buttons & the instrument cluster and the footwell has blue lighting too. The blue theme completes the updated interiors of the Mahindra very well and it looks much more sophisticated than the outgoing version.

An electric sunroof debuts on the new age XUV5OO. The sunroof switches are placed where the conversation mirror was on the earlier generation. It features anti-pinch technology too, a nifty addition. The sunroof is well integrated and adds to making the cabin feel large and airy. This addition makes it one of the vehicles to be equipped with a sunroof at the price-point.

You no longer need to press a button to unlock the XUV, just in case that was too much of trouble for you. It now gets a keyless entry system, that lets you enter the car as long as you have the key with you. It’ll also start-up with just the press of the Start Engine button placed on the centre console. No need to turn the keys to crank this SUV up!

The XUV has got a host of additions in its latest avatar. These five stand out the most and add most value to the product. There are other notable changes too - like the restyled door handles, scuff plates, addition of two new color options (Sunset Orange and Pearl White), regenerative braking and the list goes on and on! With prices remaining relatively unchanged and an all new W10 variant available for an 80k premium, Mahindra has made an already competitive package - even more  compelling.