There’s been a lot of hoopla around the launch of the new age XUV5OO. The XUV has managed to be in the spotlight most of the time, for good and bad reasons. Naturally when this tech-loaded Mahindra went under the knife, the buzz was bound to be created. So what exactly is it that the new XUV5OO offers over the old one? Read on: 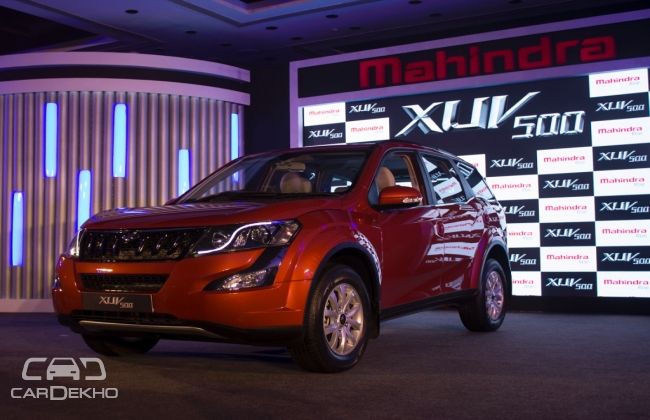 To start off, the XUV is now available in two new shades: Sunset orange and Pearl White. A range topping W10 AWD variant is also on offer.

The front end on the SUV has been redesigned extensively. What immediately comes to notice is the updated headlamps - which now have a neat ‘S’ shaped led guide light. The other major change is the grille, which gets a honeycomb pattern and floating slats lined with chrome, just like the Scorpio. The grille no longer cuts into the bonnet and sits cleanly in alignment with the headlamps. The bonnet and the bumper have received their share of nip and tuck too. The ‘whiskers’ of the Cheetah have now been replaced with a single large fog-lamp housing which again is finished in chrome. The XUV now gets a skidplate which is finished in two-tone. The silhouette remains unchanged, with the only updates being the chrome lining on the window line, new door handles and the new 10 spoke alloy wheels. Also, the rear view mirrors house a puddle lamp that projects a Mahindra XUV5OO logo on the ground, when turned on. The rear gets a dash of chrome above the number-plate housing and everything else remains exactly the same as the old generation.

The interiors are now offered in a black and beige option. The seats are beige and the front driver’s seat is now electrically operated and features 6-way adjustments. Also new is the lighting theme inside the cabin, which has been changed from red to a cool icy blue shade. The XUV gets aluminium finished pedals and illuminated scuff plates as well. The biggest change however is that the top-of-the-line W10 variant now features an electric-sunroof with anti-pinch technology. The central console houses a new 7 inch touchscreen unit that works as the infotainment unit, GPS and doubles up as the screen for the reverse camera as well. Last but not the least, the engine start-stop button finds its place just ahead of the gear lever - on the central console.

On the technology front, the Mahindra features Mahindra’s BlueSense technology, which let’s one control the AC and the music system using their smartphones. This system is very similar to the one seen on the Mahindra E2O. The new age XUV gets a rearview camera with dynamic assist - a welcome addition. Another addition is the passive keyless entry system.

The XUV retains the old 2.2 mHawk engine producing 140BHP of power and 330Nm of torque. This engine is mated to a six-speed manual gearbox. No automatic variants are on offer. Customers also get to choose between a front wheel drive and an all wheel drive variant. The XUV also features a brake energy regeneration system, which aids in higher fuel economy. Speaking of economy, the engineers at Mahindra have tweaked the mHawk engine and the drivetrain ratios to achieve an ARAI certified mileage of 16km/l. Other changes include a tweaked suspension setup and the inclusion of Electronic Stability Programme (ESP).

The prices for the new age XUV5OO are as follows:

The new age XUV5OO is definitely setting new benchmarks in its segment. It is loaded up to the brim like never before, which makes this Mahindra a very tempting purchase for 15 lakh rupees.