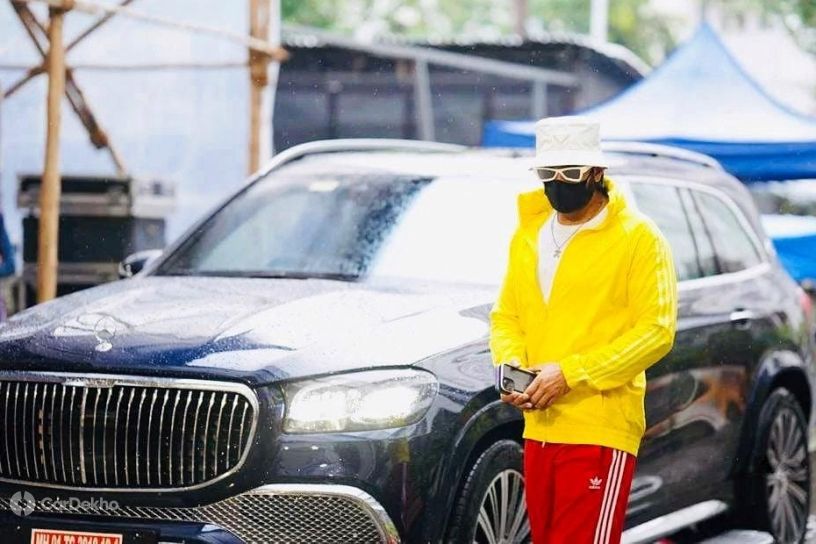 Barely a month after its launch, a Mercedes-Maybach GLS 600 4MATIC SUV has made it to Ranveer Singh’s garage. The actor’s new luxury SUV is one of the 50-odd units from the 2021 batch of Maybach GLS SUVs imported into India. Prices start at Rs 2.43 crore (ex-showroom), and if you didn’t know yet, this SUV is here to set new standards of flexing for the wealthy. Just look at the way it bounces like a lowrider on its air springs at 1:20:

This ‘Free Driving Assist’ is part of the optional E-Active Body Control (E-ABC) package that costs an additional Rs 13.84 lakh. Imagine that, an optional feature that costs as much as a well-equipped Hyundai Verna!

Related: 5 Bollywood Stars And The Cars They've Bought This Year

For Rs 12.35 lakh, Mercedes will bathe the cabin with so much leather that even the window frames are covered in man-made leather. Don’t confuse that with the alternative ‘designo Leather Package’ that costs almost Rs 25 lakh. It drapes not only the upholstery, but even the grab handles, sun visors and map pockets in leather. At 5.2 metres long, the Maybach GLS SUV is longer still than a Kia Carnival and weighs 3.2 tonnes, but only has seating for four people!

We can’t be sure if Ranveer Singh’s SUV can bounce, but we can tell from the photos that he skipped the dual-tone paint and 23-inch wheel options that total Rs 45.27 lakh. As standard, the Maybach GLS 600 comes with Airmatic all-around air suspension, natural-looking open-pore wood dashboard trim, Burmester audio system, a powered tailgate, and driver assistance tech such as adaptive headlamps and 360-degree monitoring. Find out more about the Maybach GLS SUV in our launch story.

Under the bonnet, the Mercedes-Maybach GLS 600 has a 4-litre twin-turbo V8 petrol engine that produces 557PS and 730Nm. This unit comes mated to a 9-speed AT, driving all four wheels. It also has a 48-volt mild-hybrid electric system, substantially increasing torque by 250Nm, and power by 22PS under hard acceleration.

News sources claim that he got the luxury SUV for his birthday. But we know from Mercedes’ announcement, that the first batch of Maybach GLS 600 SUVs had been spoken for before the SUV was launched in India. Ranveer had likely booked the car beforehand, and it was delivered in time for his 36th birthday.

Despite its prohibitive price, this luxury SUV has plenty of rivals in the Indian market, such as the Bentley Bentayga, Rolls-Royce Cullinan, Range Rover Autobiography, BMW X7 and Lexus LX 570. No more Mercedes-Maybach GLS 600s can be booked until December 2021.

According to reports, Ranveer Singh also owns the Maybach S-Class that Mercedes had officially launched in India in 2018. He reportedly has several other interesting cars in his garage such as an Aston Martin Rapide S, Lamborghini Urus, and Jaguar XJ L. Like other successful Bollywood stars, he also has a Range Rover and diesel-powered Mercedes GLS.

Last month, reports had emerged following a video that suggested that Sonu Sood had bought a GLS 600. But it was later revealed that it was a test car for him and his family to have a better look at the SUV. The car in the video had makeshift red number plates that seem to be temporary registration plates but are, in fact, the official registration of a company-owned test vehicle.

Even Ranveer Singh's car was a test drive car i believe..