Equipped with a radical design and plenty of features, the new Tata Harrier will take on the Hyundai Creta and Jeep Compass

The much-awaited Tata Harrier has been launched in the country, with prices ranging from Rs 12.69 lakh to Rs 16.25 lakh (ex-showroom Mumbai). Tata began accepting pre-launch bookings for the mid-size SUV in mid-October last year and deliveries are set to begin from today itself.

Tata is offering the Harrier in four variants and they are priced such that they overlap with SUVs such as the Hyundai Creta, Mahindra XUV500 and Jeep Compass. While those looking at buying a Creta will be attracted by the Harrier’s sheer size, those who are considering the base-spec Tucson or Compass will be tempted by the Harrier’s value-for-money proposition.

The Tata Harrier is quite a large SUV. In terms of dimensions, it manages to trump its immediate competition like the Jeep Compass, Mahindra XUV500 and Hyundai Tucson in almost all dimensions. The only place where the Harrier comes in second is in the height department, where it stands behind the XUV500. You can read more about it in our spec comparison.

Under the bonnet of the Harrier lies a 2.0-litre turbocharged diesel engine sourced from Fiat. It is tuned to make 140PS of max power and 350Nm of peak torque. The same engine also powers the Harrier’s chief rival, the Jeep Compass, albeit in a higher state of tune. Power is sent to the front wheels only through a 6-speed manual transmission. A 6-speed automatic gearbox sourced from Hyundai will be introduced at a later stage. Sadly, Tata says it will not be offering the Harrier with a four-wheel drive system anytime soon. However, it does get driving modes (Eco, City and Sport) which work in tune with terrain response modes (Normal, Wet and Rough) to help it tackle various conditions on the road.

The Harrier is placed in a segment that is expected to grow quite rapidly this year. The Jeep Compass was the first to carve this space out when it was launched in India back in 2017. With the launch of the new Harrier, expect sales figures in this segment to go up by a substantial margin. Later this year, this segment will also witness the arrival of the MG Hector. The Harrier’s automatic variant is also expected to arrive around that time. Expect it to be a true test for all SUVs in this space come mid-2019. Finally, to find out how the Harrier drives, read our first drive review. 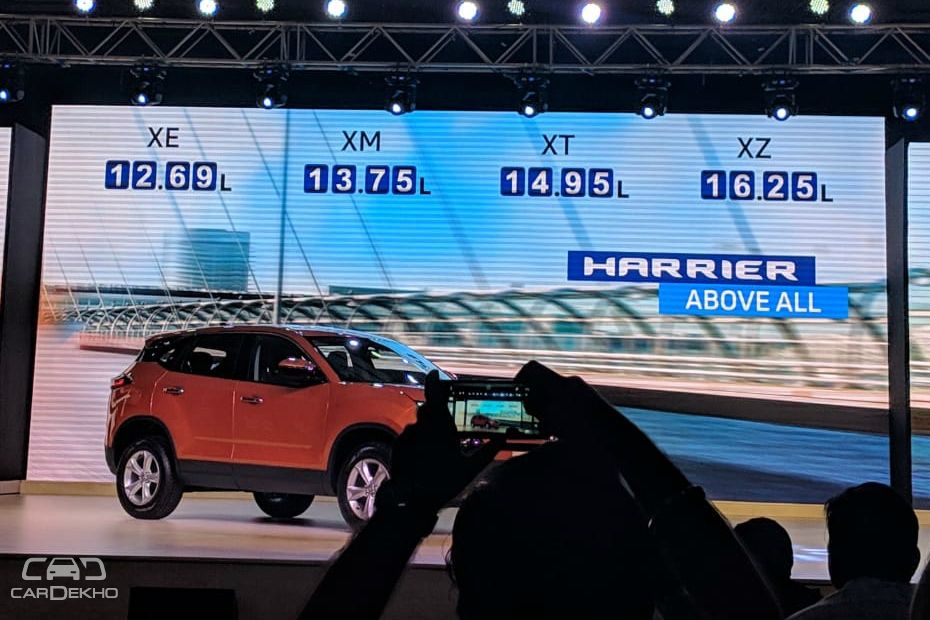 Harrier’s manufacturing process conforms to Industry 4.0' standards. A central command centre is in contact with practically every robot on the assembly line. 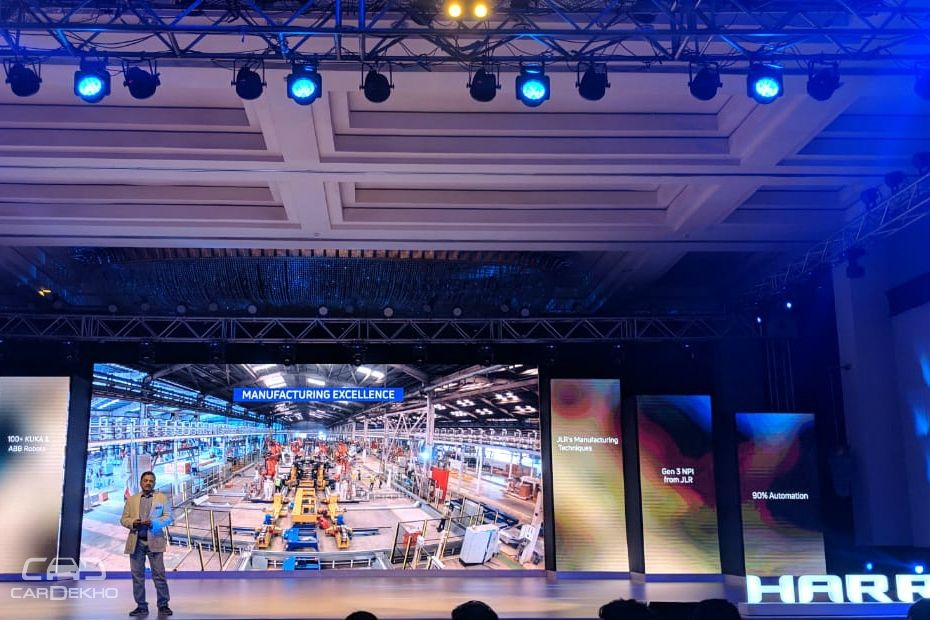 Launch about to begin

We are present at the Renaissance Hotel in Powai, Mumbai for the launch of the new Tata Harrier. The launch event is about to begin in a few minutes so stay tuned to this space for the latest updates on the Harrier, including the price. 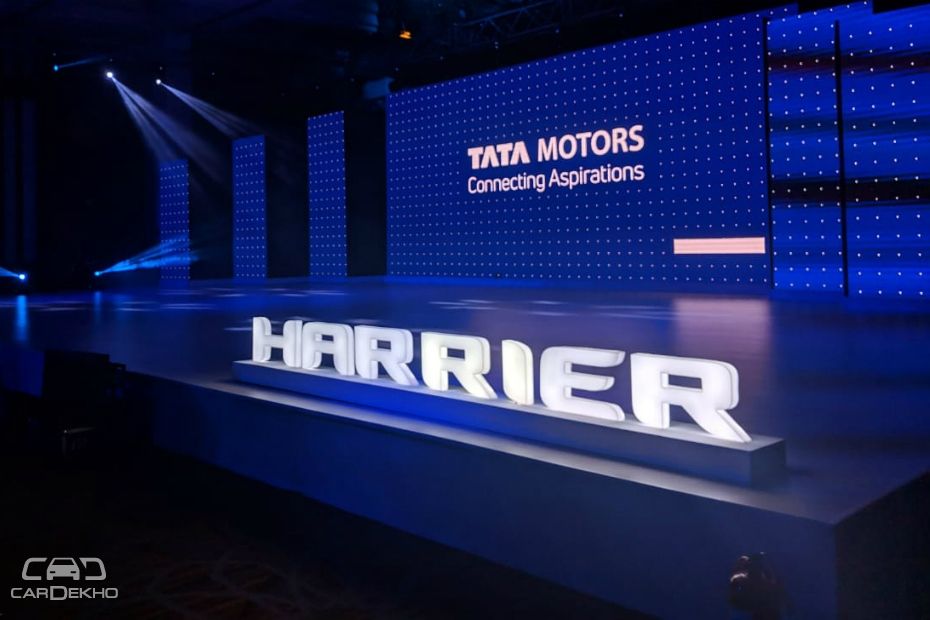 Tata will start giving deliveries of the SUV from today itself. So if you had put your money down on the Harrier when bookings were opened in October 2018, expect to get your hands on one soon.

A 7-seater variant of the Harrier is also in the works and Tata plans to launch it in the Indian market by the end of 2019. It is expected to come with the same 2.0-litre diesel engine that will do duty on the 5-seater Harrier, albeit in a higher state of tune.

While Android Auto and Apple CarPlay are present on the features list, Apple CarPlay will not be available on the Harrier at the time of launch. It will be rolled out later as an update.

The Harrier comes equipped with driving modes - Eco, City and Sport. These are married to the terrain response modes - Normal, Wet and Rough. Coupled together, these two functions help the Harrier navigate different kind of terrains we encounter in everyday driving with relative ease.

No automatic at launch

Once launched, the Harrier will be available with a 6-speed manual transmission only. A 6-speed automatic gearbox sourced from Hyundai will be introduced on the Harrier sometime in mid-2019.

Tata has been accepting bookings for the Harrier for a little over three months now. So, definitely expect a bit of waiting period if you put your money down on the Harrier today, after the prices are revealed.

Harrier based on the H5X concept

The Harrier SUV is based on the H5X concept that was shown by Tata Motors at the 2018 Auto Expo. In terms of design, the Indian carmaker has managed to carry forward a lot of elements from the concept vehicle to the production ready Harrier.