Maruti claims that the Brezza AMT is as economical as its manual counterpart. Is it? 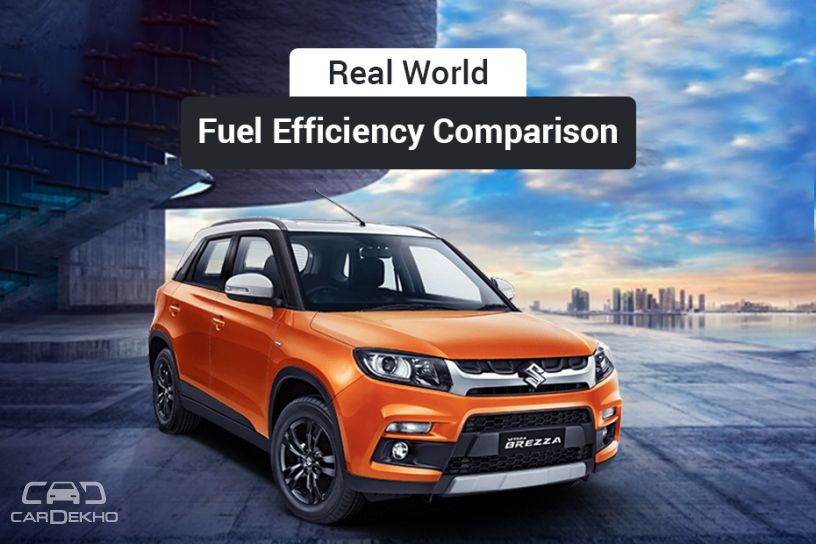 The Maruti Vitara Brezza has been India’s best-selling sub-4m SUV since its launch in 2016. In fact, with average monthly sales of over 10,000 units, the Brezza is among the top 10 selling cars in India. To extend its dominance in the segment further and to take on the Nexon AMT, Maruti recently launched the Brezza with an AMT. Until this, the sub-4m SUV from Maruti was available only with a 5-speed manual transmission.

The Maruti Vitara Brezza can be had with a diesel engine only. It employs a 1.3-litre DDiS200 diesel engine that makes 90PS of maximum power and 200Nm of peak torque. In terms of fuel economy, both the manual and AMT Vitara Brezza have an identical claimed figure of 24.3kmpl. Does it match up in real-world conditions? Let’s find out.

Although both powertrain options have the same claimed fuel economy (which is a mix of city and highway driving), the real-world results turned out to be a lot different. In our tests, the Brezza MT was more frugal than its AMT counterpart in both city and highway, and that too by a significant margin. In the city- the Brezza MT pips the AMT by 4.02kmpl and the gap extends further on the highway, as can be seen on the table above.

Clearly, those who’re opting for the Brezza especially because of their high running and its frugal diesel engine should consider the manual version. 4 kilometres extra running for every litre of fuel is considerable and should impact on your monthly fuel bill.