It’s the most powerful Aventador ever with 780PS on offer 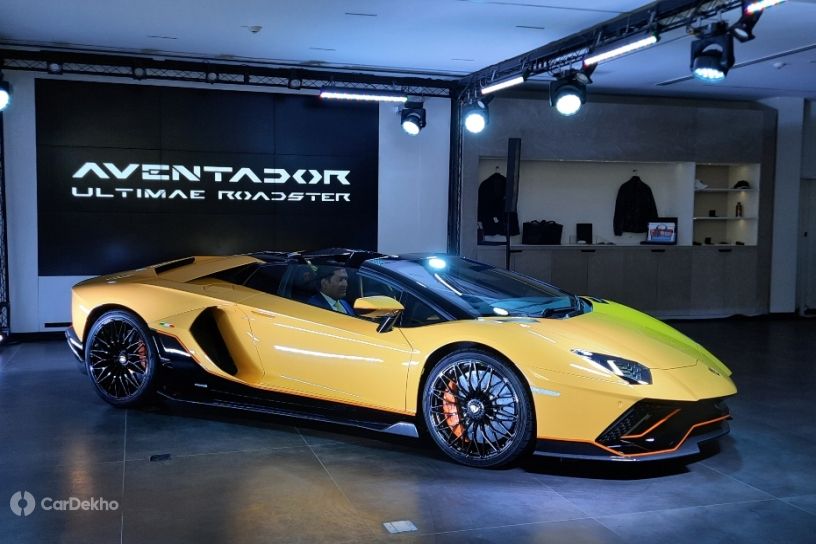 The final edition of the Lamborghini Aventador was unveiled in the summer of 2021 as the Ultimae. It has now arrived in India, in both coupe and roadster avatars, but the official prices are estimated to be around Rs 9 crore (on road).

The Ultimae is the last Lamborghini to feature a naturally aspirated V12 with zero electrification, and also the most powerful Aventador ever. Its 6.5-litre V12 engine with titanium intake valves puts out 780PS and 720Nm with a 7-speed transmission to send power to all four wheels. The Italian marquee claims a 2.8 second time for the 0 to 100kmph sprint and top speed of 355kmph.

In terms of styling and design, it combines the best of the Aventadors that came before it. Even though its aerodynamic package is not as aggressive as that of the track-focussed SVJ, there are various elements on the Ultimae inspired by it. Those include the front splitter, rear diffuser and active rear spoiler.

The cabin of the Ultimae does not receive big changes over the Aventador S. There is plenty of carbon fibre and Alcantara around the cabin, but of course Lamborghini will offer a high degree of personalisation to its customers.

Lamborghini will introduce a successor of the Aventador soon enough and it’s expected to get a new V12 engine with hybrid tech. It has no direct rivals in the supercar world but in terms of performance, it competes against the likes of the Porsche 911 Turbo S, Ferrari F8 Tributo and the McLaren 765LT.