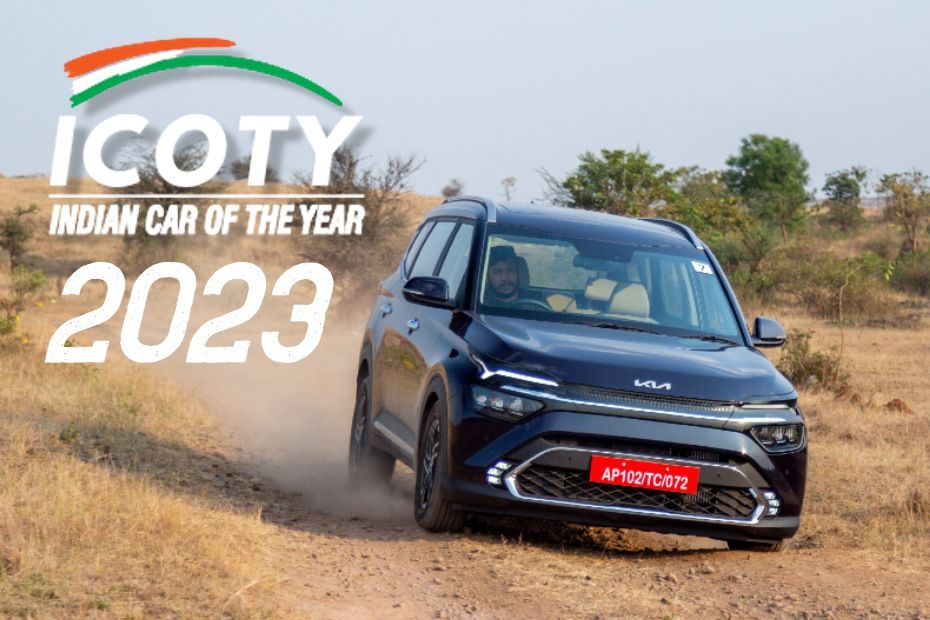 The 2023 edition of the Indian Car Of The Year (ICOTY) awards have concluded with the winners being decided by a jury of 18 seasoned automotive journalists. This year’s panel also included our very own CarDekho Editor, Ameya Dandekar. While there can only be one overall winner, the ICOTY awards has two more categories for a fairer representation of India’s automotive space: Premium Car Of The Year, and Green Car Of The Year. Here are your winners:

For the first time in the award’s history, an MPV has been crowned as the Car Of The Year and it’s the Carens. It is also an impressive feat for Kia that its third localised offering for India has garnered such popularity, not just with buyers but also with the industry experts. The Kia Carens was up against some tough competition too like the Mahindra Scorpio N, Maruti Grand Vitara and Skoda Slavia.

For an unrestricted budget, the best new and locally built car to buy in India is the Mercedes EQS 580. The German marque turned heads when it announced that it will be localising its flagship electric sedan, and the Indian market is better for it. It has a price tag of Rs 1.55 crore (ex-showroom) and promises a range of over 850km while cocooned in luxury. It beat the likes of the new Range Rover, BMW i4 and Ferrari 286 GTB to take the crown.

The 2022 year was one of the busiest ones yet with regards to electric and hybrid cars being introduced in India. But the one that was judged to be the best Green Car Of The Year was the Kia EV6. While not an affordable offering by any means, starting from Rs 60.95 lakh (ex-showroom), it appears to offer the best package here. It has spaceship-like design inside and out, the AWD trim is brisk and fun to drive, and has a realistic range of over 500km. The EV6 came out ahead of the likes of the Honda City Hybrid, Volvo XC40 Recharge and BMW iX.

While these were the best of the new cars launched in 2022, you can take a look at what's coming in the future at the Auto Expo 2023.