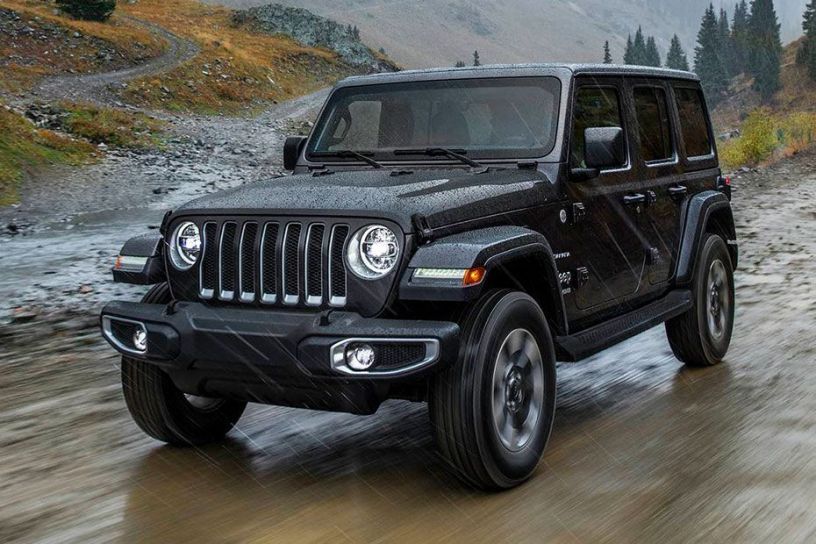 Fiat Chrysler Automobiles unveiled the 2018 Jeep Wrangler (JL Series) at the ongoing 2017 Los Angeles Auto Show. The 2018 Wrangler is the fourth-generation of the iconic SUV and will replace the older JK series SUV across global market starting next year. Earlier this month, the American automaker had released the first set of official images of the new Wrangler. This was followed by a couple of shots of the interior. Now, we finally get the full details of the offroader that has a cult following across the world.

The 2018 Wrangler continues to use a body-on-frame construction. While this is the main reason behind the brilliant off-road capabilities of Wranglers of the past, the new one features a lightweight frame thanks to the extensive use of aluminium in its construction. What’s more, Jeep has managed to do this without compromising on the Wrangler’s structural integrity! The 2018 Wrangler uses aluminium for the doors, door hinges, bonnet, fender flares and the entire windshield frame. As a result, the 2018 Wrangler has lost close to 90kg when compared to the previous model, which is currently on sale in India. The lighter weight will not only boost the overall fuel efficiency but also its off-road ability.

As you can see from the table above, the 2018 Wrangler range is available with three engine options - a V6 petrol and diesel engines along with a newly introduced, downsized turbocharged petrol. Jeep has also replaced the ancient 5-speed automatic with a new 8-speed unit, while a 6-speed manual is standard across the range.

In India, the third-gen Wrangler is available with a 3.6-litre V6 petrol motor and a 2.8-litre 4-cylinder diesel engine. The upcoming model, when launched in India, is expected to be offered with the 2.0-litre turbo petrol along with the 3.0-litre V6 diesel.

Like before, the 2018 Wrangler gets a full-time four-wheel-drive. But this time around, it gets a two-speed transfer case as well, a first for a Wrangler. It also features the latest-gen Dana axles and updated off-road tech.

In India, the third-gen Wrangler is only available in the Unlimited hardtop variant. When the 2018 model arrives in India, expect Jeep to stick to this formula. Also, like the current car, we can expect the fourth-gen Wrangler to be brought to our shores via the CBU route as well. The JK series will remain in production until the first quarter of next year in the US. The diesel-powered Wrangler, which is the most popular choice in India,  will only go in production in 2019. Hence, we expect Jeep India to launch the new SUV here in the same year.