Hyundai Creta Crash Test Comparo: What Makes The Indonesian-spec SUV Safer Than Ours? 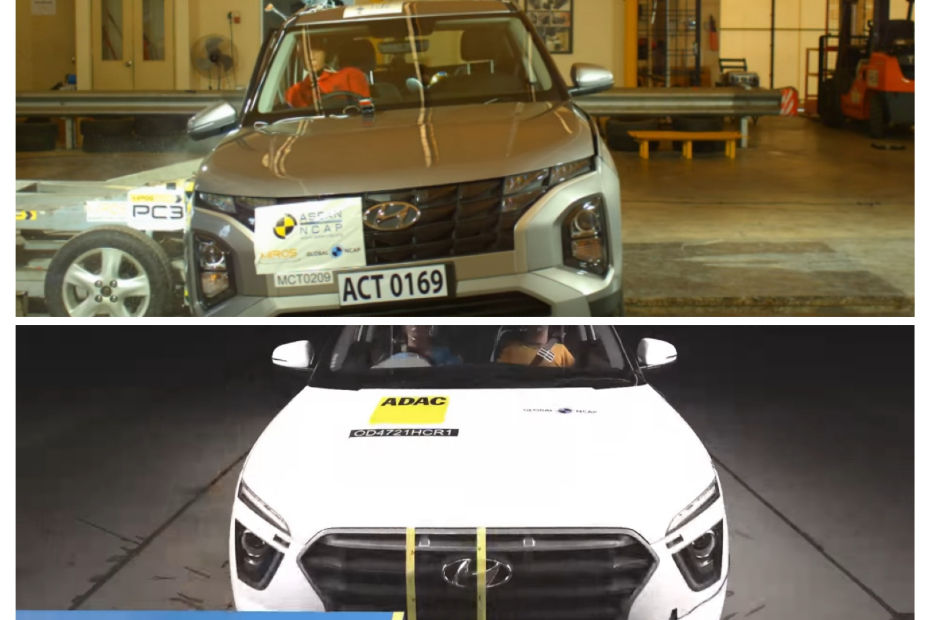 The Hyundai Creta, which is sold outside of India, just received a complete five-star safety rating in an ASEAN NCAP crash test assessment. The tested vehicle is a facelifted version of Hyundai's compact SUV. Meanwhile, the India-spec Creta only earned a three-star safety rating from Global NCAP when it was crash tested in 2020.

We've drawn a comparison between the two outcomes to try and break down, on paper, what makes the Indonesian-spec Hyundai Creta safer than the one offered in India.

Disclaimer: The India-spec Hyundai Creta was crash tested as per the previous Global NCAP protocols, which may differ now if the vehicle is tested again.

Also Read: 6 Used Cars That Are No More But Scored 3 And 4 Stars In Crash Tests

The India-spec Hyundai Creta received eight out of 17 points for adult protection in its frontal-offset crash test, earning it a three-star rating from GNCAP at the time. On the other hand, its latest Indonesian iteration received 27.78 out of 32 points, crash tested for both frontal and side impacts.

According to Global NCAP findings, the compact SUV did not provide acceptable child safety (up to 3 years old). There were excessive forward movements, which might result in head and chest damage for the child. However, it provides enough head and chest protection for the 1.5-year old. The car received three stars for kid safety after scoring 28.29 out of 49.

The Indonesian-spec Creta, on the other hand, has been able to provide better protection to both child occupancies, positioned rearward. Its performance in both frontal and side-impact test results earned it 39.67 out of 51 marks for child safety.

Perhaps the most significant factor in the Indonesian-spec Creta earning an overall five-star safety rating is that its body shell integrity has been rated as stable. Meanwhile, the India-spec Creta currently on sale was rated to have an unstable body shell, unable to withstand further loading and affecting its overall safety rating.

Both compact SUVs differ in terms of the safety features they provide, with the one marketed outside of India receiving extra active safety features such as braking assistance system (BAS) and vehicle stability management (VSM). Its top-tier trim also has ADAS functions such as lane-keep and departure assist, as well as blind-spot monitoring.

The Indian Creta lacks an ADAS system and other assistive features. The tested model comes standard with dual front airbags, ABS, and EBD.

The facelifted Hyundai Creta is due for a launch in India next year, although we are not sure if it will carry the same standards of safety. It is expected to offer more safety features like six airbags as standard for upcoming safety norms and the addition of some ADAS features too.