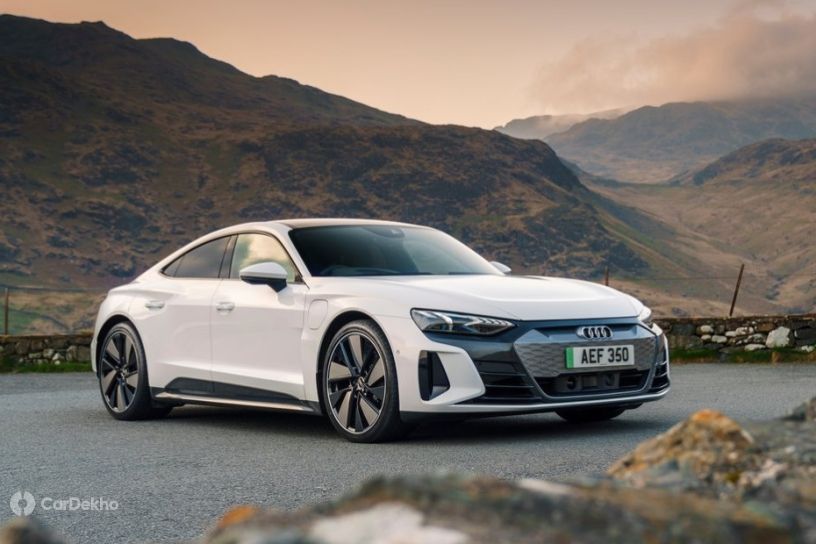 The Audi e-tron GT debuted as the first performance-oriented electric offering from the German luxury carmaker. Bookings for the e-tron GT have now been officially opened ahead of its expected launch on September 22.

The e-tron GT is a coupe-like electric sedan meant for grand touring in comfort. In global markets, it is offered in two broad trims - a standard version and an RS version. The e-tron GT shares its underpinnings with the Porsche Taycan since both brands fall under the umbrella of the VW Group. Audi’s electric GT is not as fast or as luxurious as the Porsche, its distinctive design is just as impressive and sporty, especially in the RS trim.

It has a 95kWh battery pack and is capable of DC fast charging for a 10-80 percent top up in under 30 minutes. Audi claims a maximum WLTP range of 488km from its dual-motor setup that aims to offer sporty performance. The powertrain details of the e-tron GT are follows:

Audi has made an effort to make a driver-focussed cabin layout for the e-tron GT. Its conventional interiors almost contrast the futuristic exterior. There are only two screens on the dashboard: the digital driver’s display and the multimedia infotainment touchscreen display which is angled towards the driver. The e-tron GT doesn’t get the third touch display for the climate controls as seen in the e-tron electric SUV and newer Audi cars like the A8.

The e-tron GT’s rear seats offer enough comfort for the electric GT to be used as a four-seater family car, as the middle seat in the back row has a large hump for the base and a fold-out arm rest in the back which makes it barely usable unless absolutely necessary. The panoramic glass roof makes the cabin look roomier which improves the overall ambience for the rear passengers too.

Prices for the Audi e-tron GT are expected to start from over Rs 1 crore (ex-showroom). At launch, it will be an alternative to luxury electric SUVs like the Mercedes-Benz EQC, Jaguar I-Pace, and other Audi e-tron models.