Audi India has launched the updated version of its performance saloon RS 7 at a whooping price tag of Rs 1.40 Crore (Ex-Showroom Mumbai). The 2015 Audi RS7 features redesigned bumper, new honeycombed single-frame grille with Quattro badging and updated LED headlamps with an option of Matrix LED, which is also used in luxury A8 saloon. The updated saloon is around 12 lac dearer than the outgoing model. 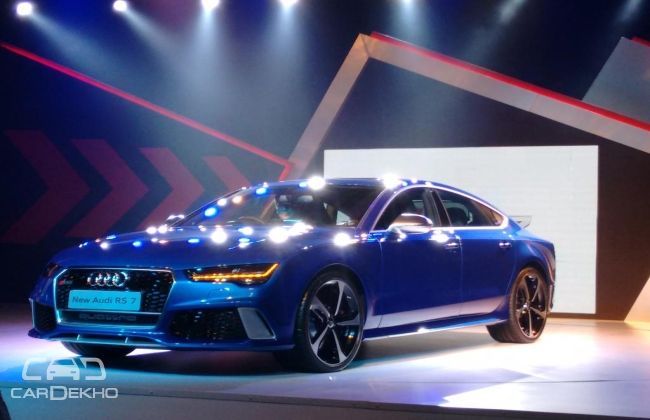 Under the hood, the car remains untouched as it still carries the turbocharged 4.0-litre TFSI V8 petrol engine which musters a power output of 552bhp. Power from the mill is feeded to an eight-speed tip-tronic automatic transmission in a Quattro all-wheel-drive setup. This performance vehicle is able to touch 100kmph mark from standstill in mere 3.9 seconds with a top speed of 255kmph which can be further increased to 280kmph to 305kmph by opting for ‘Dynamic package’.