2018 Hyundai Elite i20 Facelift: 5 Things That Could Have Been Better

Despite being one of the most well-rounded packages in the premium hatchback space, the second-gen i20 facelift still leaves us wanting in some departments 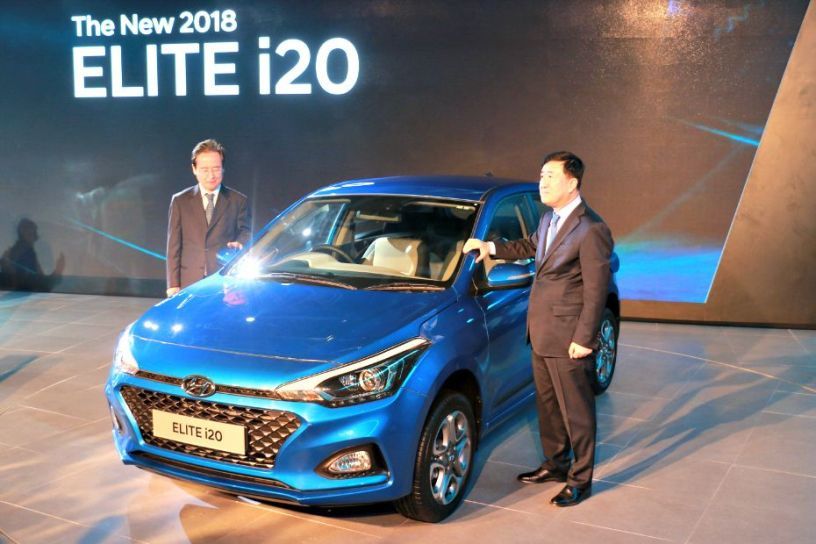 The Hyundai Elite i20 facelift made its global debut at the Auto Expo 2018. In typical Hyundai fashion, the hatchback received minor cosmetic enhancements along with additional features. Frankly there’s little to find fault with the car, though we wish Hyundai had done more to make the Elite i20 tempting than ever! Here are the five things that Hyundai could have done to make the 2018 Elite i20 a better package.

No automatic version at launch

With the launch of the facelift, Hyundai discontinued the 1.4-litre petrol automatic version based on the Magna variant. While Hyundai has said that it will offer a new CVT (continuously variable transmission) automatic with the 2018 Elite i20 petrol, its launch date is unknown. The automatic variant of the pre-facelift model struggled to find takers, but that could also be because of its lack of features. As a result, it was losing ground to popular automatic hatchbacks such as the Jazz petrol CVT and the Baleno petrol CVT.

Hyundai has removed some of the features that were offered before such as the 60:40 split-folding rear seat. Features such as the passive keyless entry with engine start-stop along with the diamond-cut alloy wheels, leather-wrapped steering wheel and the leather-wrapped gear lever, which were offered in the Asta variant of the pre-facelift version are now limited to the range-topping Asta (O) variant. Safety and convenience features such as Isofix child seat anchors (standard in the Baleno) and rear adjustable headrests (available on all variants of the Baleno except the base) can only be had with the range-topping Asta (O) variant.

While the Elite i20 facelift continues to be one of the most feature-loaded premium hatchbacks, Hyundai has spoilt us for choice by offering more with each new car. Hence, we expected a few more goodies from the new Verna to make their way into the refreshed hatchback. First off, Hyundai has once again skimped on tail lamps with LED graphics. Although they weren’t offered in the older version sold here, the pre-facelift Elite i20 sold in other markets did feature them. Both of its prime rivals, the Baleno and the Jazz, offer LED tail lamps. Moreover, Hyundai could have offered a sunroof like it used to as an option on the first-gen i20 and even the smaller i10. As we’ve seen in the Honda WR-V’s case, Indians love sunroofs and offering one in the Elite i20 could have been a trend-setting move from Hyundai in this segment.

The second-gen i20 is available with a 1.0-litre turbocharged engine (120PS/171Nm) in Europe and other markets, but Hyundai is yet to offer it with the India-spec hatchback. We were hoping Hyundai would at least announce a performance-oriented version of the Elite i20 to compete with the likes of the Maruti Suzuki Baleno RS (102PS/150Nm) and the popular VW Polo GT TSI (105PS/175Nnm). Perhaps, Hyundai is saving this motor for its first sub-4m SUV based on the Carlino concept that is likely to arrive in 2019.

Hyundai has decided to offer a dual-tone version of the updated Elite i20 this time around. However, it is only available in the Asta variant. So those buying the top-end Asta (O) not only miss out on this cosmetic feature but also do not get to choose the all-black cabin, even as an option. On the flip side, the dual-tone Asta variant misses out on features such as Isofix child seat anchors, projector headlamps, Hyundai telematic services (Auto Link) and rear wash wipe, among others.

Updates to the exterior are minimal in nature. Yes, Hyundai could quote the old adage “if it ain’t broke, don’t fix it” and be content with itself. However, the jury is still out on whether the Korean carmaker could have used the opportunity to give the Elite i20 a more distinctive face. Fortunately, the rear profile gets significant changes. Though it is purely subjective, Hyundai has definitely played it safe with the updated Elite i20 in terms of styling and we feel it could have done more.

Read More on : Hyundai i20 diesel