The base variants now get more features without any price hike 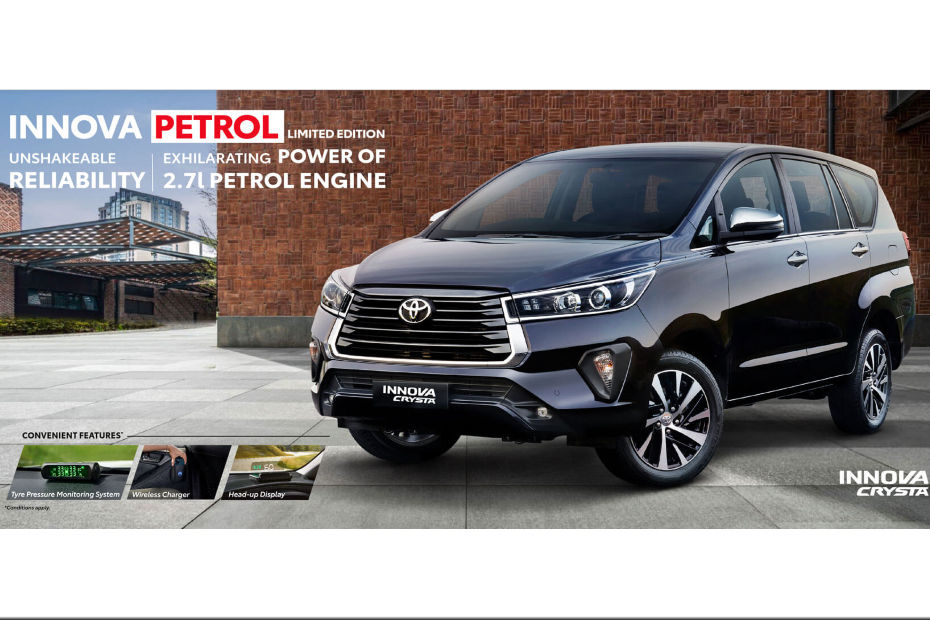 Toyota has launched a limited edition of the Innova petrol, which is based on the base-spec GX variant. The limited edition gets a tyre pressure monitoring system, wireless charging, and heads-up display. The GX petrol variant retails from Rs 17.45 lakh to Rs 17.91 lakh (ex-showroom).

The MPV was offered with two engines - 166PS 2.7-litre petrol and 150PS 2.4-litre diesel - both with 5-speed manual and 6-speed automatic transmissions. Currently, only the petrol variants are on sale as the manufacturer has halted bookings for the diesel and is unlikely to resume anytime soon.

Toyota has stated that the bookings have been halted due to excessive demand which was just increasing the waiting period. Toyota has also assured that the pending deliveries of the Innova diesel will be fulfilled.

All these developments have led us to speculate about the introduction of the new-generation Toyota Innova in a petrol-hybrid avatar soon. The new Innova, which is likely to be called Innova Hycross, is expected to make its global debut in the coming months. The petrol-hybrid powertrain should offer more efficiency than the diesel, which would be a suitable replacement.