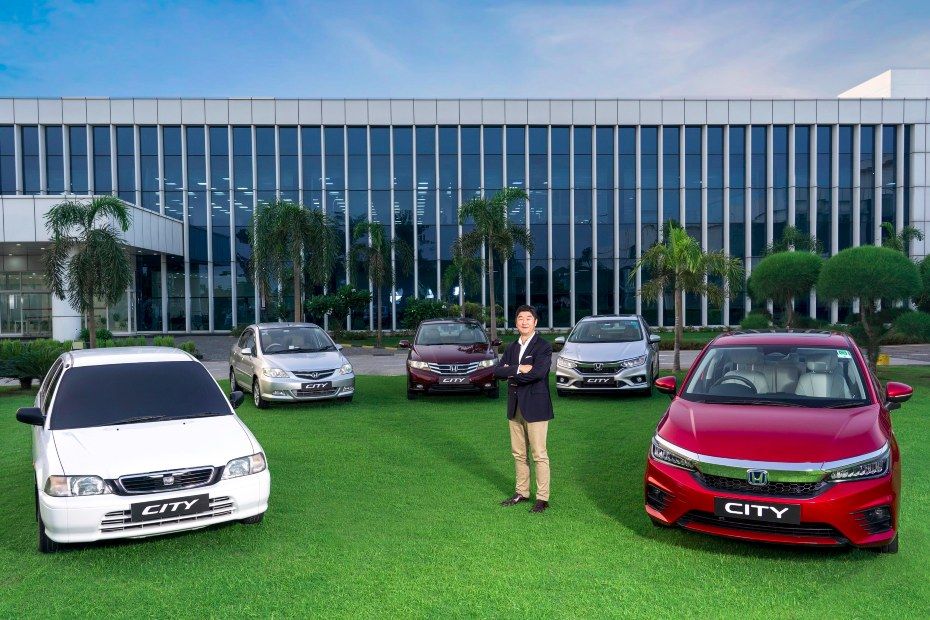 The Honda City sedan is one of the most iconic cars of Indian automotive history. It made its market debut in 1998 and the carmaker has started celebrating 25 years of the City’s presence in the country.

Honda has produced over 9 lakh units of the City in India, including both domestic and export figures. The country remains one of the biggest markets for the Japanese compact sedan and currently accounts for over 28 percent of the model’s sales in the Asia Oceania region. Globally, this Asia-centric Honda car has sold over 45 lakh units across its lifetime.

The City is now its fifth-generation iteration and is the only mass-market sedan to be available with a strong hybrid powertrain and Advanced Driver Assist Systems. It is still offered with the petrol and diesel engines as well. The e:HEV hybrid variant was the first mass market strong hybrid offering in India, has a peak output of 126PS and 253Nm while also claiming a fuel economy of 26.5kmpl. The first-generation model remains the most iconic iteration of the sedan with over 100PS on offer, and was on sale from 1998 to 2003.

Honda followed it up with a City based on the same platform as the Jazz premium hatchback, on sale from 2003 to 2008. In its third-generation form for the Indian market, the City’s looks were improved significantly by using Arrow-Shot styling. It focussed on comfort and safety with features like dual front airbags and ABS with EBD as standard. This iteration was on sale from 2008 to 2013.

The fourth-gen City had a less radical design change but it did arrive in 2014 with a new 1.5-litre diesel engine. Its popularity has kept it in production even today, well after Honda introduced the fifth-gen City in 2020.

The Honda City sedan continues to be popular for its spacious cabin and ease of driveability. Meanwhile, driving enthusiasts seem to be attracted to the City’s potential for performance modifications with a strong global community for the same. In India, it has continued to compete against sedans from Hyundai, Volkswagen and Skoda.