The Kiger’s two petrol engines, although the same in displacement, get two different automatic gearboxes. Let’s see how frugal they are in the real world 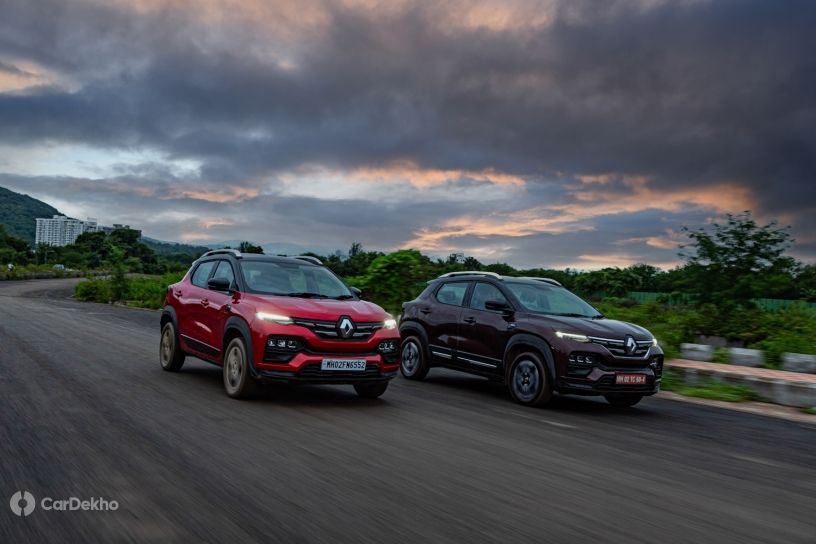 Renault’s offering in the sub-4m SUV space is the Kiger. The SUV, along with its cousin, the Nissan Magnite, is one of the most affordable models in its segment. It is offered with a set of 1-litre petrol engines: a 1-litre naturally aspirated or the other a 1-litre turbocharged unit. While both get a 5-speed manual gearbox as standard, it’s in terms of automatic transmission that they have their uniqueness. The former comes with a 5-speed AMT, while the latter gets a CVT.

In this story, let’s compare the real-world mileage figures of both the automatic transmissions. First, let’s get the basics out of the way:

Based on the mileage figures achieved during our tests, the AMT-equipped model has an edge of around 1kmpl in the city and of almost 2kmpl on the highway over its CVT counterpart. Let’s see what fuel efficiency you can expect depending on your usage:

These fuel economy figures can also vary based on your driving pattern and your car’s health. What kind of fuel efficiency have you been getting from your 1-litre AMT or 1-litre CVT-equipped variant of the Kiger? Let us know in the comments below.

Sir Kiger model mileage is too low.I purchased it in May 2021 Its mileage is 8km per litre with AC when it was brand new and now it has gone down to Around 6.4 km per litter that too on economy mode TurboCVTtopend

I have purchased kiger 1.0 variant manual variant, on highway iam getting 19.5, in city as of now it is around 11, but I was informed that after first service some improvement will be there. Mahesh.