The Range Rover Sport has been around for a couple of years now and has been very popular in India and internationally. And now, as with most cars, it is about to get a mid life facelift both on the exterior and on the interior front. The updated Range Rover Sport is expected to debut in the next few months and will make it to India early next year. 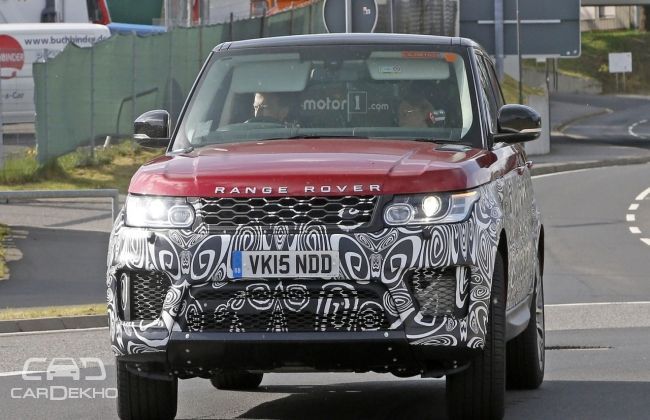 From the spy shots seen here, the new Range Rover Sport will get a new set of bumpers which will feature much larger intakes on all versions. The SUV will also get a fresh set of wheels that buyers can choose from and new colors to freshen up the range. The new Range Rover Sport will also get a new set of LED headlamps that will feature a new layout along with a new daytime running light setup.

The interior too will get a refresh with new materials and textures. The basic layout will continue to stay the same with the exception of the new screen that will replace the aging 8-inch touch-screen setup. Also expect features likes Apple CarPlay and Android Auto to come as standard.

Mechanically, the Range Rover Sport will continue to get the same engines. The 3.0-litre diesel that we get in India will be the most popular globally and will be mated to a 9-speed ZF gearbox. The range topping SVR however will get even more power as the current generation engine will be uprated to now make 575PS of peak power and 700Nm of peak torque.

As we mentioned earlier, the facelifted Range Rover Sport will be launched later this year (mostly at the Paris Motor Show) and will be available in India by early next year.