When it comes to high fuel economy, is the Toyota hybrid SUV better for your budget from the start? We find out 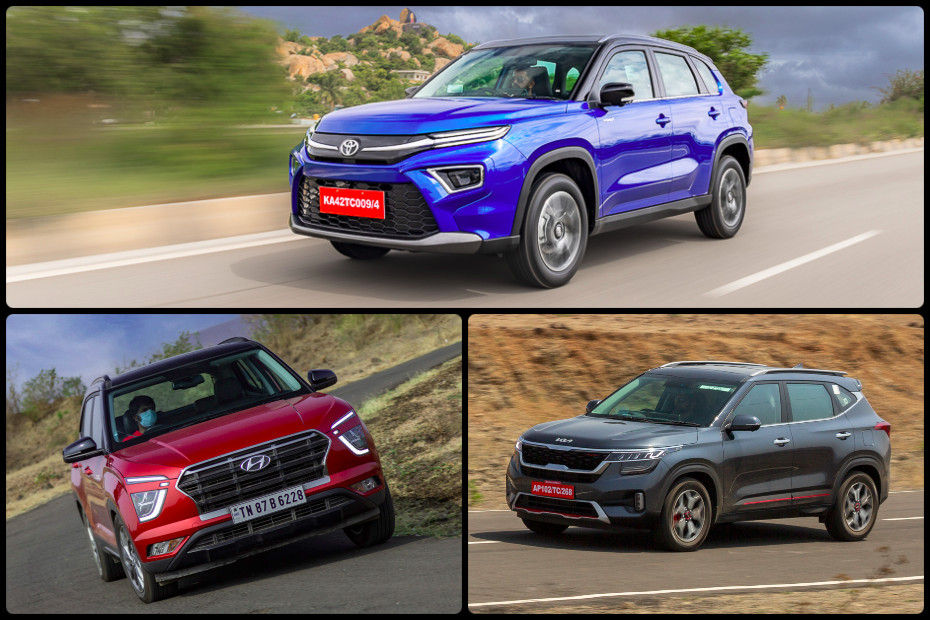 Toyota has revealed the prices for the Hyryder, at least for the strong hybrid variants. As the star attraction of the latest compact SUV with majority of the pre-bookings, these are the prices that the public is also the most interested in. Let’s see how the most affordable self charging hybrid SUV and offering in the country compares to its high-mileage diesel-powered rivals:

The Hyundai Creta and Kia Seltos are offered with the same 1.5-litre diesel engine that makes 115PS and 250Nm. It is available with the choice of 6-speed manual and 6-speed automatic transmission options, with the former having a higher claimed fuel economy of just over 21kmpl.

In contrast, the Hyryder with its strong hybrid powertrain comprising a 1.5-litre petrol engine and an electric motor has a claimed economy of almost 28kmpl. The combined power output stands at 116PS while the electric motor has a peak torque figure of 141Nm. This powertrain is only available with an e-CVT, which offers the same convenience as an automatic transmission.

The entry-level Toyota Hyryder strong hybrid in the S variant is more affordable than diesel-automatic variants of the Hyundai Creta and Kia Seltos by nearly Rs 1.5 lakh. While this is not as feature-rich as the diesel-auto options of its Korean rivals, it offers the same ease of driving and much better fuel economy. If we look at the fully-loaded Hyryder V, its premium over the top variants of the Creta and Seltos diesel-automatic is still under a lakh. At this trim, the Toyota SUV’s feature list is very competitive with the segment leaders.