BMW 1-Series Sedan Unveiled : Should It Come To India?

The BMW Group and BMW Brilliance Automotive Ltd. (BBA) have taken the wraps off the 1-Series sedan. The smallest (read most affordable) four-door sedan in the German automaker's portfolio finally sees light of day. However, there's a small catch. The sedan you see in the pictures has been built exclusively for the Chinese market. That got us wondering, why not India? 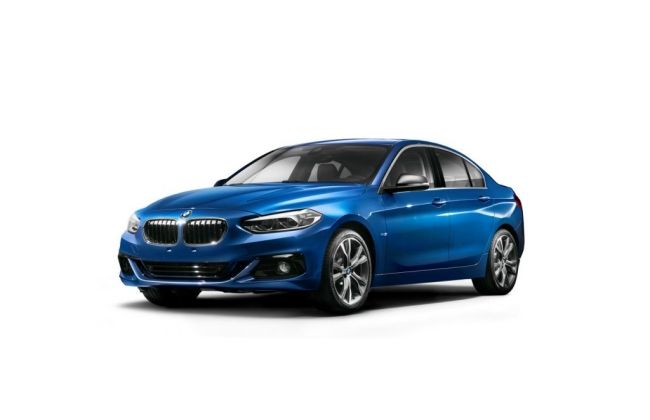 A scaled-down BMW at a relatively affordable price tag is something our market would lap up by the dozen. Take the Audi A3, for instance. It outsells the 1-Series hatchback in India, purely because it is a sedan. It is good to see that trademark BMW elements are very much in place with the baby Bimmer. It does look proportionate and carries hallmark BMW elements, such as the kidney grille and the LED headlamps with daytime running lamps. In case you didn't notice, it is based on the Concept Compact Sedan that was showcased last year at the Guangzhou Motor Show.

The automaker claims to have fine-tuned the recipe to suit the driving style and vehicle-use patterns of the Chinese. Just like the 2-Series Active Tourer and the new X1, the 1-Series is also front-wheel-drive. Reports suggest that the sedan is based on the UKL platform that also underpins the new-generation Minis, such as the Countryman.

There's no official word on the engine options, but we expect it borrow engines from the 2-Series Active Tourer. The mainstay petrol engine is likely to be the '18i', 1.5-litre motor that develops 136PS of power, whereas the diesel counterpart could be the '18d', 2.0-litre engine that makes 150PS. Of course, we cannot rule out the possibility of a go-fast M Sport version.

For the Indian market, both engines make a lot of sense. With a major chunk of buyers preferring a luxury brand over creature comforts or even power in some cases, the 1-Series will make a very strong case for itself in India. I hope BMW India is listening.