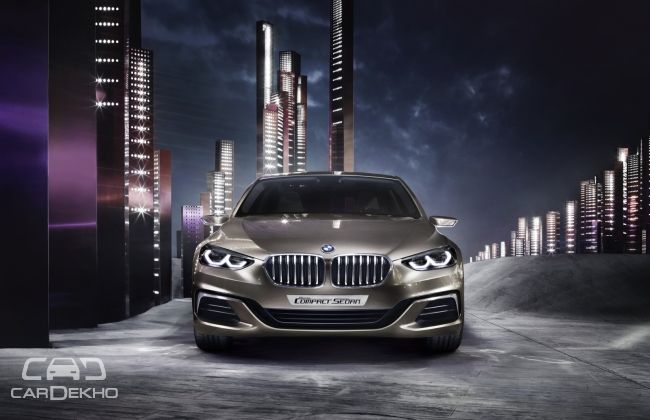 BMW has revealed its 1-series compact sedan concept at the 2015 Guanghzou Motor Show, being held in China. Global brands consider China to be one of their most promising markets and therefore, it doesn’t come as a surprise that this mouthwatering concept was slated for an unveil there. The German automaker's compact sedan concept will compete with the likes of Audi A3 and Mercedes CLA i.e. once it is in production. BMW might start sales of the car sometime in 2017 and it will be manufactured out of company’s Chennai plant.

Production-spec prototypes of BMW’s Compact sedan have been spied doing road-tests on multiple occasions and the company has assigned the “BMW 1 Series sedan” moniker to their offering. The BMW 1 Series sedan might just be company’s first ever FWD sedan as possibility dictates that the car will find its foundations in the BMW’s UKL platform.

There have been no official disclosures pertaining to the powerplant specification of the compact sedan but speculations suggest it will incorporate company’s 3 and 4-cylinder engines that are seen in models like the 2-Series Active Tourer. The reason for this assumption is that as the car will find its foundations in the UKL platform, like the 2-Series Active Tourer and other models, which are also based on the UKL platform. There is also a possibility that the top-end models might be offered with a xDrive system, whereas the FWD will come as standard.