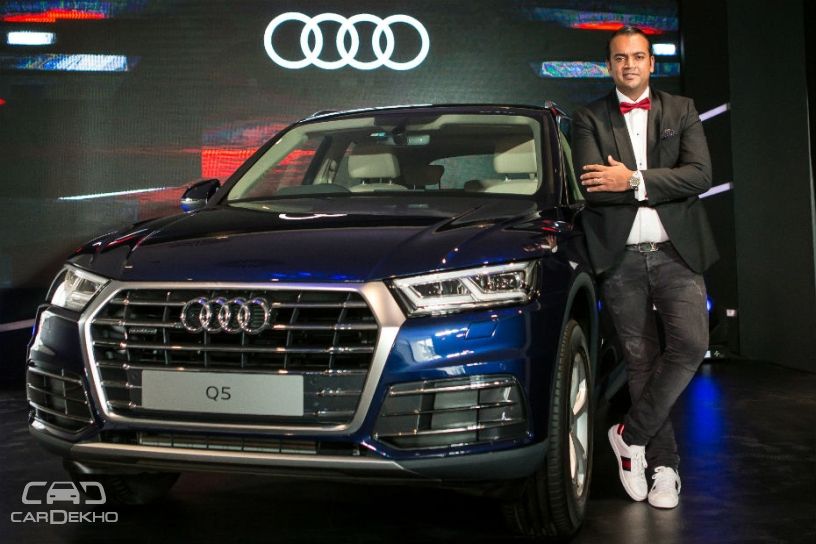 The second generation of Audi’s midsize SUV, the Q5 was available only with a diesel engine since its launch in January 2018. Now, however, Audi has added a petrol engine to the mix, at the same price as the diesel variants. The Premium Plus variant is priced at Rs 55.27 lakh (ex-showroom pan-India), same as the respective diesel variant, while the more feature-rich Technology variant costs Rs 59.79 lakh (ex-showroom), irrespective of the engine option.

Powering the Q5 petrol is a 4-cylinder motor which develops 252PS of max power with 370Nm of peak torque. The transmission duties are handled by a 7-speed dual-clutch transmission which sends power to all four wheels through Audi’s Quattro system and Audi Drive Select with five different modes.

Audi claims that this is the most powerful engine in its segment and is capable of clocking the 0-100kmph sprint in just 6.3 seconds. Its top speed is rated at 237kmph. The same engine powers the bigger Audi Q7 as well. Visually, both the Q5 petrol and diesel look similar with the exception of badging at the rear - the diesel sports a 35 TDI badge, whereas the petrol comes with 45 TFSI. Also Read: Audi Q5 First Drive Review